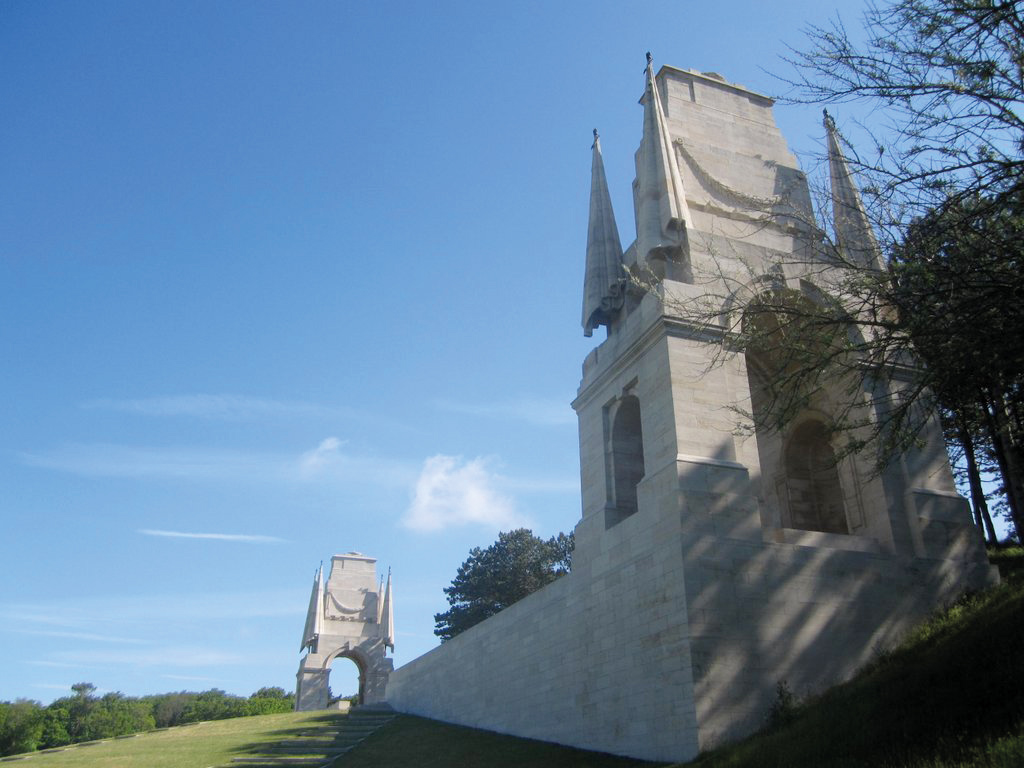 On 8 April, French architect and lecturer Frank Rambert gave a lecture at the Maison de l’Architecture in Amiens on the subject of the cemeteries by Lutyens in Northern France (the memorials though were not discussed). He also much admires Charles Holden, who was appointed as one the four principal architects of the Imperial (now Commonwealth) War Graves Commission in 1920. (Before this, he worked for the Commission as a senior architect under Edwin Lutyens, Reginald Blomfield and Herbert Baker, its other three principal architects).
As became apparent during the lecture, Rambert has a certain personal and intellectual take on the work of Lutyens in relationship to the landscape of the Somme. He first spoke about how this big, open territory was torn up by warfare, then reclaimed and revived and in a sense partly reinvented by the imposed but enclosed new British cemeteries with their particular landscaping, low walls, distinctive planting of trees, hedges and flowers and the reinterpreted classicism of their buildings in a variety of building materials. An early illustration showed photographs of Fabian Ware, Frederick Kenyon and Rudyard Kipling and below this one a photo of the four principal architects. Rambert had obviously done his homework.
The French audience, which included some younger people, listened attentively to this  extremely well-illustrated lecture, which included photographs taken from unusual angles. Rambert’s work on Lutyens (in whom he first became interested in 2007) originally appeared in an article in Fabrica A no 3, published by ENSA in November 2009. I can send a link for this to anyone interested. All this will be discussed more in Rambert’s forthcoming book Jardins de Guerre, to be published (in French) in September by MétisPresses, based in Geneva.

Michael Barker can be contacted on michaelbarker@wanadoo.fr.