“Even within the Arts and crafts movement, few gardens of the 20th century can escape the influence of Renaissance Italy. Neither George Sitwell nor Vita Sackville-West nor Lawrence Johnston nor Geoffrey Jellicoe would have made gardens without their Italian inspiration – there is a whole book on the Italian garden in England to be written” 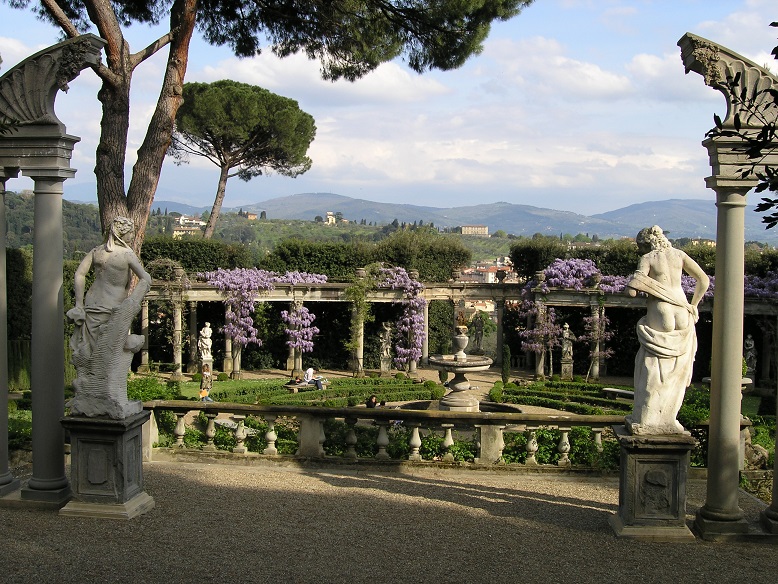 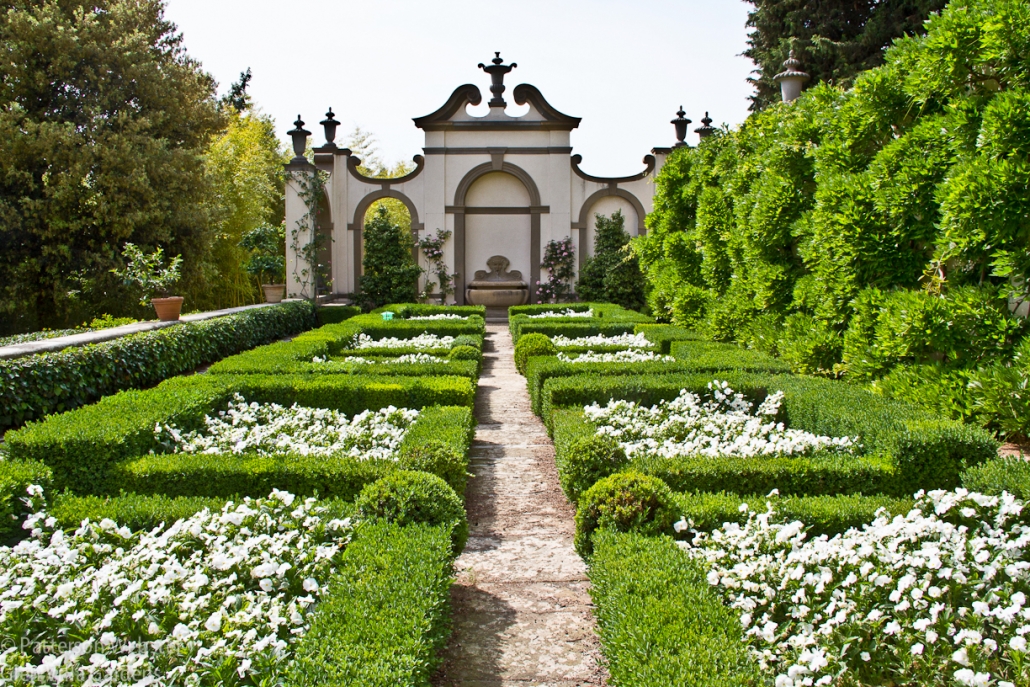 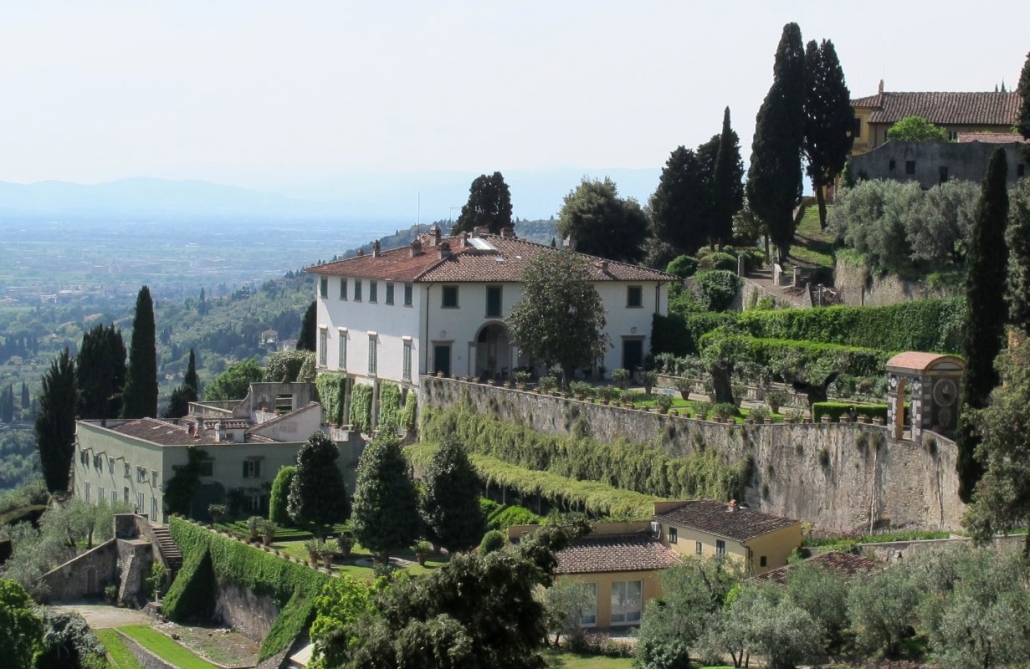 Arriving on Monday 21 October, the tour will take place from Tuesday (9am) to Friday (7pm), leaving Saturday free for museum visiting or shopping, with the departure on Sunday. This tour is to look at that all-important contribution of Renaissance. particularly Florentine, gardens on English Arts and Crafts gardens and their revival in Florence in the early twentieth century.  As Jane Brown states above, that influence went well beyond Florence.  About fifteen years ago I armed myself with Edith Wharton’s ‘Italian Villas and Their Gardens’ of 1904 and Inigo Triggs’ ‘The Art of Garden Design in Italy’ of 1906 and set out to find the Florentine gardens that were so well drawn and described in these books.  In the next few years, I added Geoffrey Jellicoe’s ‘Italian Gardens of the Renaissance’ of 1966. This tour is the result of these discoveries. As Edith Wharton wrote the “designers of the Tuscan pleasure-garden showed a certain restraint in importing Baroque exuberance”, which Wharton attributes to “Florentine thrift and conservatism.”  She wrote, “The surrounding hills are rich in ancient villas, but many have been owned by foreigners whose owners eradicated the old parterres and vineyards under the influence of the English landscape architects Repton and Brown, who promoted the Britannic craving for a lawn.”  Since that time, several of the “eradicated” gardens have been restored and several new and highly inventive ones were created in the Edwardian period. Starting with the early Medici gardens admired by Victorians/Edwardians – Villa Medici, Villa Medici de Castello, Villa Demidoff, La Petraia – then we will look at early nineteenth century gardens – La Fabbricotti, Giardino Torregiani – then Victorian/Edwardian restorations – Villa Schifanoia, I Collazzi, Giardino Bardini.   Most importantly we will be looking at Edwardian gardens, notably the work of Cecil Pinsent. The Edwardian garden designer Cecil Pinsent had the good fortune to find a wealthy and influential patron when he was still in his early twenties. He was taken up by the American art historian Bernard Berenson who asked him to create a garden at I Tatti, his villa just outside Florence. Berenson himself was a protégé of the art collector, Isabella Stewart Gardner of Boston, one of the group of rich, leisured Americans who adopted Italy as their cultural home and who gave Henry James such a rich seam to mine in his novels. The Green Garden at I Tatti was Pinsent’s first attempt to recreate a garden in the early Renaissance style. His biggest problem was the steepness of the site and his solution was the classic Italian one: terraces that dropped down the slope with short flights of steps connecting each level. I Tatti now belongs to Harvard University and houses its Renaissance research institute and we shall be visiting the garden.  Geoffrey Scott, Berenson’s secretary and librarian, shared a flat with Pinsent at the top of an old palazzo in the Via delle Terme in Florence. Geoffrey Scott later married the widowed Lady Sybil Cutting, mother of Iris Origo and owner of Villa Medici at Fiesole, which we shall also visit, as well as having a tour of the house, which is not open to the public. Other Pinsent gardens on the tour will be Villa le Balze and Villa Capponi. Giardino Torregiani is the largest private city garden in Europe, right in the centre of Florence and not open to the public, we will be guided by the owner.  We will also visit Sir Harold Acton’s garden of La Pietra, recreated as a Renaissance garden by his father, an Anglo-Neapolitan art dealer, from 1905 to 1930 and honeymoon residence of HRH the Prince and Princess of Wales. Based at the charming Pensione Bencista in Fiesole, with views down to Florence, the tour will last from Monday 21 October to Sunday 27 October 2019.  Arriving on Monday 21 October, the tour will take place from Tuesday to Friday, leaving Saturday free for museum visiting or shopping, with the departure on Sunday. Price: £975 per person (double occupancy) £1375 per person (single occupancy) Florence view supplement £66pp. Includes: Half-board accommodation; (excluding Saturday/Sunday) tour guides; coach transportation and entrances. Excludes: flights; airport transfers; evening meals; travel insurance; wi-fi; and gratuities.

If you wish to pay with a cheque, please use the online booking facility above, and then choose the “pay by cheque” option on the payments screen. This will reserve you a ticket(s) and give you instructions on where to send your cheque to. All cheques should be made payable to “The Lutyens Trust” and made to the sum stated above.

Lecture: In the Footsteps of Lutyens