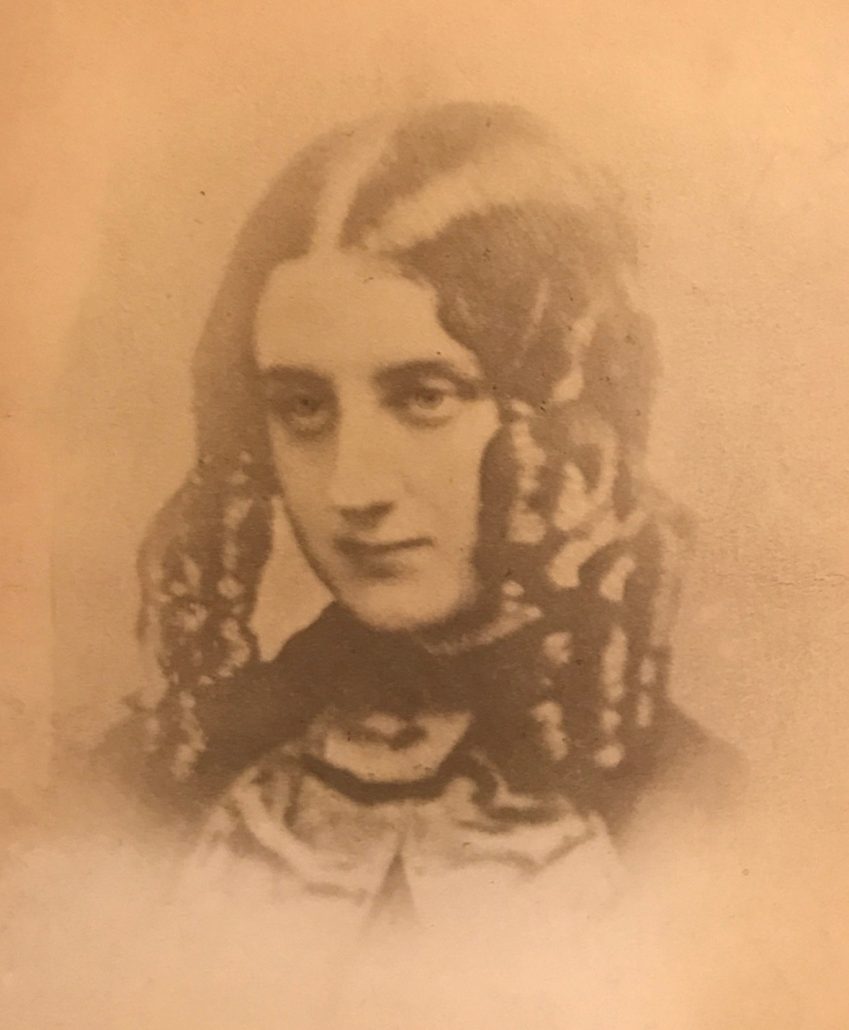 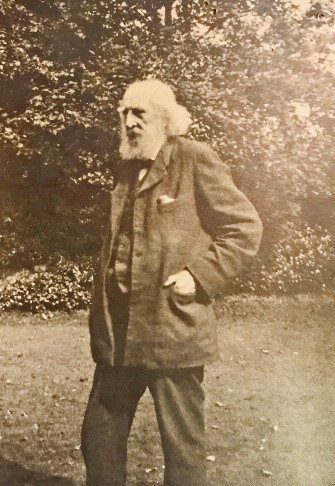 Considering how much is known about Edwin Lutyens’s work and life, it is astonishing how little information we have about his mother. Thanks to the family archive curated by Charles Lutyens, built on the collection of his father Eadred, we know quite a lot about Lutyens family history. But the family of Lutyens’s mother Mary (née Gallwey) is an enigma. The bare facts are these: Mary was born in Ireland in 1833, the daughter of Major John Gallwey; her mother was Bridget Blood, the daughter of the wonderfully named Neptune Blood, who died in 1836 aged 41 when Mary was three, and in 1845 Mary’s father died of typhus fever.

The Gallwey family came from Killarney in County Kerry, southwestern Ireland. According to Sir Henry Blackall’s splendid genealogy of the Gallwey family, the Kerry branch first appeared in Killarney in the 17th century. From the mid-18th century, several generations of Gallweys worked as hereditary agents for Lord Kenmare, who owned over 90,000 acres in Kerry. The Kenmares (Brownes) were Catholics as were the Gallweys. Mary’s first cousin, Father Peter Gallwey, was a Jesuit priest and writer and the rector of Farm Street Church in Mayfair for 33 years.

Mary’s father John was a second son (I think a younger twin). His older brother was agent to Lord Kenmare, and John served for 22 years in the Royal Irish Constabulary, joining the force when it was founded in 1822 and ending his career as Deputy Inspector General.

His wife Bridget was famed as the belle of Limerick and known as “Biddy the Beautiful”. The Blood family claimed descent from Captain Thomas Blood, the Irish adventurer who reputedly tried to steal the crown jewels of Charles II, but I have been unable to verify this. We don’t know where Mary lived as a child, but her mother died at Ballincollig, near Cork.

The orphaned Mary was sent to a convent. According to the story Edwin told his children, the girls there were encouraged to write notes to the Virgin Mary, which they placed upon the altar, and once Mary peeped and discovered that the notes were removed not by the Virgin but by the nuns. This caused her to lose her faith in the Catholic Church and become a Protestant. Moreover, her childhood was traumatic. Death was everywhere. Not only did Mary lose her parents but the Great Irish Famine raged, devastating the peasant population. Religion gave Mary, who was a devout Evangelical throughout her life, an escape from the horrors around her.

Mary was saved by her eldest brother, Thomas, who had a successful career in the Royal Engineers, and ended up as Governor of Bermuda with a knighthood. In 1852 Mary accompanied him to Montreal where he was stationed and where she met and married Charles Lutyens.

Perhaps the most notorious of Lutyens’s Irish relations was his first cousin Henry Gallwey, Thomas Gallwey’s son (who changed his name to Galway when he was knighted in 1911). As vice-consul of the Niger Coast Protectorate, Henry is alleged to have tricked the King of Benin into making a treaty. This became the basis, in 1897, for a punitive expedition to Benin which involved looting 2,800 bronze and ivory sculptures which he sent to the British Museum. He served as Governor of St Helena, where he reintroduced capital punishment, then of the Gambia. As Governor of South Australia (1914-20) his reactionary views caused so much controversy that the Colonial Office refused to give him another post, considering him “impertinent and incorrigible”. Lutyens seems not to have known him, I am glad to report.