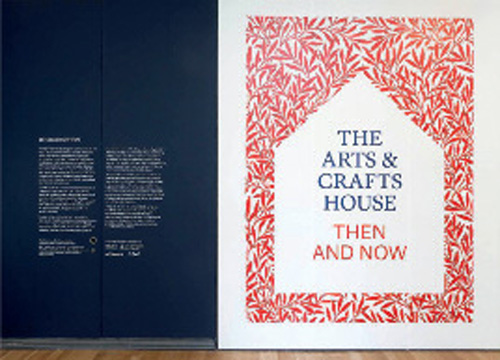 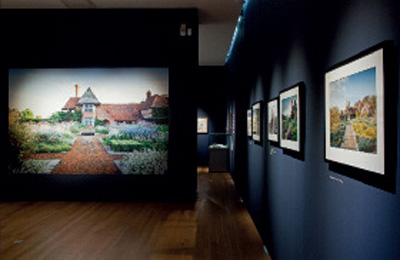 Compton Verney Exhibition the Arts & Crafts House: Then and Now (27 June to 13 September)

This splendid Warwickshire mansion, remodelled by Robert Adam in the 1760s and set in its Capability Brown-landscaped park, scarcely seems to have a connection with the Arts & Crafts movement or its founders, such as John Ruskin and William Morris. yet it was once a home, and its house and landscaped garden interrelate in the way Arts and Crafts houses dovetail with their surroundings. This exhibition’s curator Antonia Harrison cleverly illustrated the Arts and Crafts theme of the combined effect of house and garden with examples of work by Edwin Lutyens, Charles Voysey and Baillie Scott as well as by Ruskin and Morris. For lovers of Lutyens in particular, the theme was evident in images of the house and garden at Folly Farm and of his work at Munstead Wood, created with his friend and mentor, the artist-gardener Gertrude Jekyll, as her home.

The exhibition went far beyond bricks and mortar and gardens — the exhibits also include textiles, wallpaper, furniture and the very tools used to create the entier. A part of the show was devoted to the silverwork of George Hart and his descendants whose workshop in nearby Chipping Campden still flourishes. To bring the movement up to the present, Harrison included pieces by ceramicist Michael Eden, such as his thoroughly modern Wedgwoodn’t tureen, and by textile designers Rapture & Wright, whose fabric, based on wild-flowering tufted vetch, appears to be symbolised by perhaps the star contemporary attraction — Dan Pearson’s imaginative replanting of West Lawn at Compton Verney, which follows on from his recent skillful reinterpretation of the Lutyens/Jekyll garden at Folly Farm. Inspired by a Morris wallpaper design, Pearson’s meadow at Compton Verney will change each year for the next seven years. This highlights the role nature played in the Arts and Crafts movement and is a creation of beauty that will outlive Harrison’s fine exhibition, although this was worthy of both its subject and the fine house in which it was shown. Anyone who missed it has another chance to see it at the Laing Art Gallery, Newcastle upon Tyne, where it is now on show until 31 January, 2016.

A Memorable Fundraising Evening at the Belgian Ambassador’s Residence