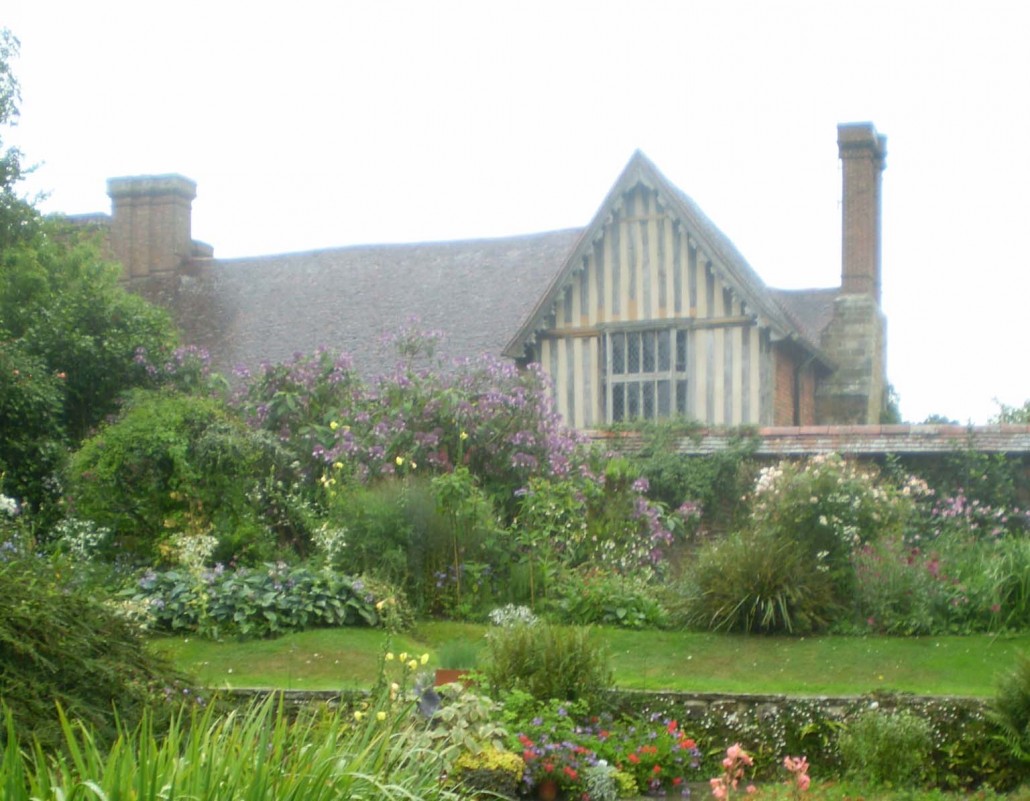 To many people Great Dixter is known less for its being the last of Edwin Lutyens’s picturesque houses, more as the home and garden of Christopher Lloyd, a master plantsman and one of the world’s great horticulturists. But Christopher always acknowledged that his career would have been quite different had he not had the good fortune to be born at Great Dixter and through a combination of accident (initially) and careful planning (later on) been able to live there throughout his life, despite being the youngest of six children.

Christopher Lloyd was born in 1921, the fifth son of Nathaniel and Daisy Lloyd. Nathaniel had made his fortune as a printer and was able to retire in his early 40s. In 1910, he commissioned Edwin Lutyens to restore and extend the 15th century house at Dixter, on the edge of Northiam, a village in Sussex about 7 miles from Rye. To a degree generally unrecognised in the Lutyens literature, the house was a collaboration between architect and client and the process of commissioning the house so inspired Nathaniel that he reinvented himself as an architectural historian. He became a prolific writer and lecturer on architecture and two of his books remained in print for decades. His History of the English House was an inspiration to me at school and it shaped my decision to seek a career in architectural history.

Through my partner, I received an invitation to stay at Great Dixter in 1986, Christopher was enthusiastic about meeting someone interested in his father and we became firm friends. In time, I was allowed to scour the house for archives (the Lloyds never threw anything away), wrote the guidebook to the house and an article on Country Life, the first time the magazine had looked at the house since 1913, just after it was completed.

Of course the garden (the layout also designed by Lutyens) had been seen regularly in Country Life since 1963, when Christopher was asked to contribute a series of articles as a practical gardener. He wrote regularly for 42 years, never missing an issue until the magazine decided to drop his weekly column last autumn. The garden also featured in his many books, for all were deeply rooted in his practical approach to gardening and his personal experience. Dixter is now the most famous private garden in Britain and known all over the world. At its centre, the house was regularly filled with friends, gardeners, musicians, simply people whose company he enjoyed. He was an enthusiastic cook and meals were always a high point of one’s visit. It would have pleased him that the party intended to celebrate his 85th birthday on 2nd March became instead a joyous wake, with over 200 people coming from all over the world to eat, drink and fondly reminisce. Although he lived in the house on his own, every room was used and its important collections of furniture were also there for use, not ornament. None of his dachshunds was ever shooed off a Georgian chair.

Christopher had a horror of the fossilisation that attends the passing of houses and gardens into the care of such organisations as the National Trust. To that end, he set up the Great Dixter Charitable Trust two years ago to take over in due course his share of the estate. Its first task is to raise £3 million to safeguard the gardens, the house and its contents, provide and endowment and to buy out the remaining family share. The trustees’ intentions are to develop the existing educational side of the gardens, to keep house and gardens open and accessible to the public and under the head gardener Fergus Garrett, to continue the inspirational nature of planting.

If you would like to help the Trust, email for information to friends@greatdixter.co.uk or telephone the Trust on 0870-922-2830.