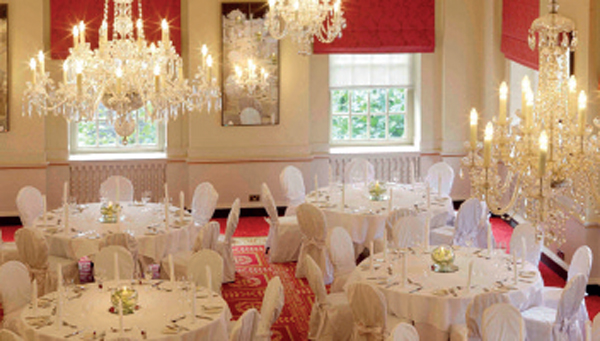 The Christmas lunch took place again at the Bloomsbury Hotel, Great Russell Street, London — originally designed by Edwin Lutyens as the Headquarters of the YWCA. The lunch featured an audiovisual review of the year’s visits, the traditional pictorial quiz — to recognise Lutyens buildings — with awards and a raffle featuring more great prizes. Sir Terry and Lady Farrell attended, and Sir Terry gave a fascinating review of his work over recent years and explained his plans for a Lutyens exhibition at his home, Great Maytham Hall, which will display artist Carl Laubin’s painting Metiendo Vivendum. Sir Terry also generously donated a folder to all guests featuring his plans for Great Maytham and examples of Lutyens’s and his own works. The event raised over £200 through the raffle, and it was unanimously agreed that the event was a great success.

Members’ Tour of RIBA Exhibition Palladian Design: The Good, The Bad and...