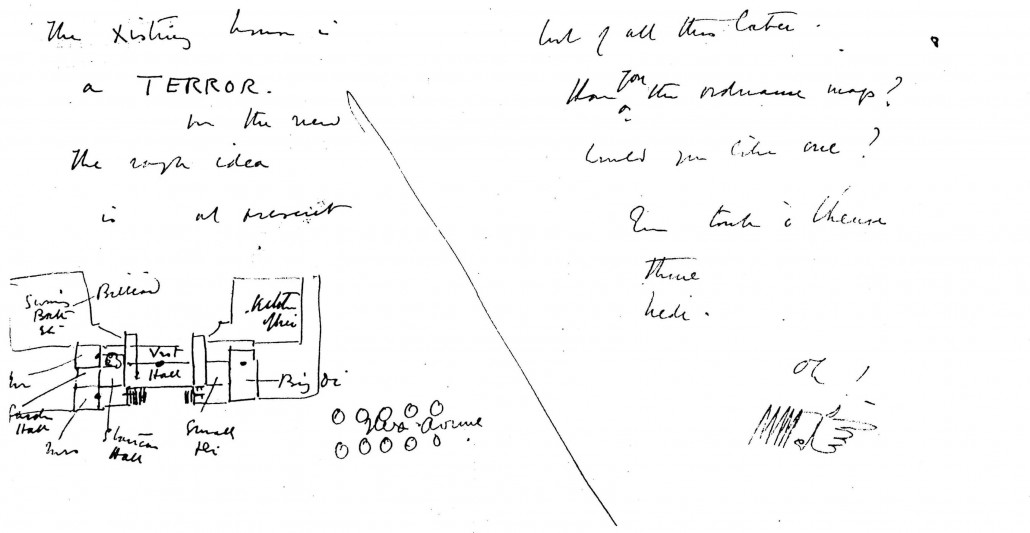 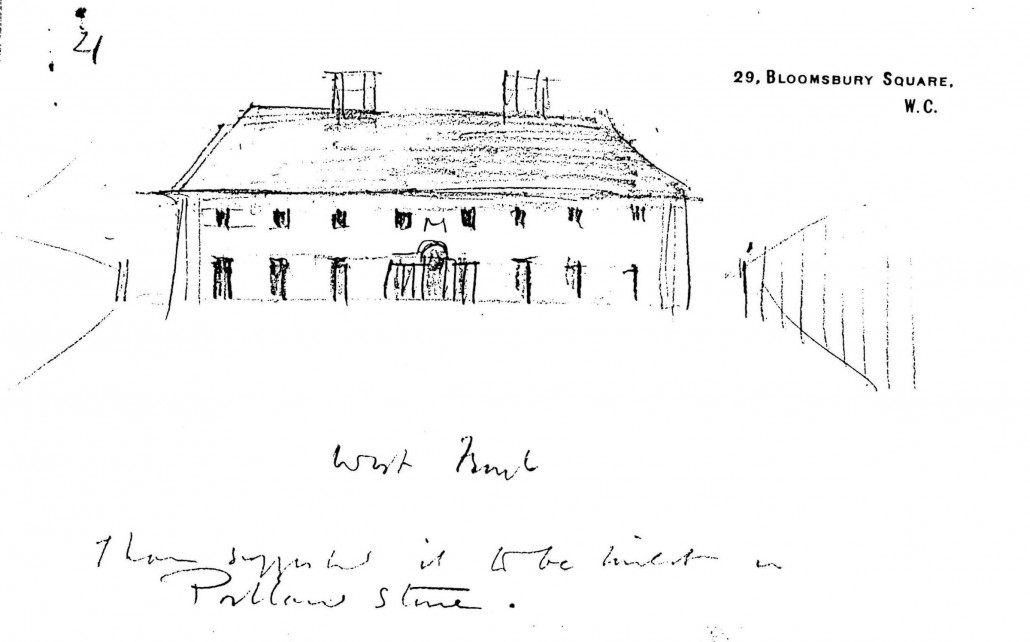 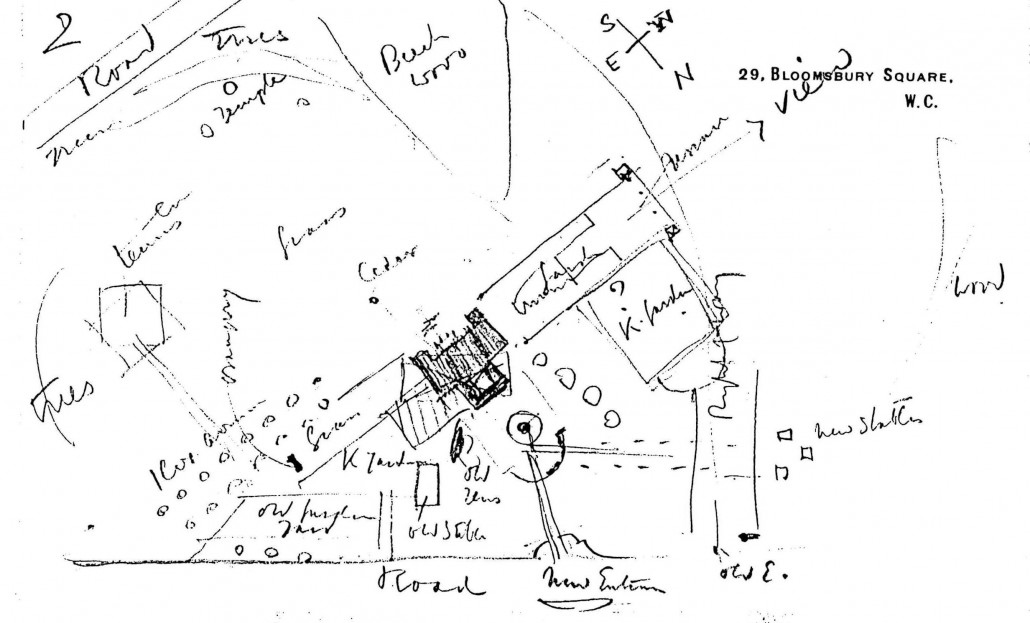 While indexing copies of the Trust Newsletters in the Godalming library, I came across an article in the spring 2002 edition by Kate Chattaway about Felbridge Place in Sussex. This supplied the missing link to two of Edwin Lutyens’s letters of 1916 preserved in the Gertrude Jekyll archive now at Reef Point in California, which have been copied by the Surrey Gardens Trust.

The collaboration between Edwin Lutyens and Gertrude Jekyll did not always lead to the creation of artistic masterpieces. The letters, and Jekyll’s plans, show that in 1916 the partnership did a considerable amount of work on one aborted project at Felbridge Place, East Grinstead, Sussex.

Although this was the middle of the First World War, life in England carried on very much as usual. In the summer of 1916, Edwin Lutyens, with his wife and children, had been lent one of his houses, Folly Farm in Berkshire. In spite of his money troubles, the family spent an idyllic summer. In September, Gertrude Jekyll (“Aunty Bumps”) aged 72, was persuaded to visit, and played the pianola for the children.

In the Autumn, Lutyens was still there, while preparing for his annual visit to India, and lobbying the King about his dispute with Herbert Baker concerning the gradient up to the Viceroy’s House in New Delhi. Amid the scarcity of local work, he had received a commission from a rich couple, Mr and Mrs Rudd, who had grandiose ideas about rebuilding an existing house and garden in East Sussex.

On 19 September, presumably just after her visit, Lutyens wrote to Gertrude from Folly Farm, as usual rather breathlessly:

“Toute Suite
I hope you got back all right and were not tired or least too tired. I went down to Felbridge and went over the place with Mrs Rudd….trees and house etc. will be difficult, requiring great care, but with plan, I will be able to resurrect the place in your brain’s vision…a good deal of cutting and thinning out should be done, and I fear some trees will have to go…the Xisting house is a TERROR”

On 27 September, he wrote again to Gertrude Jekyll, with sketches envisaging his most ambitious house to date – a classical mansion with a façade 300 feet long, and Portland stone pillars, with a domed swimming pool – almost a miniature version of the New Delhi viceroy’s palace (see sketch).

“The big hall 28x56x28 high 10 best beds each with a bath…It will be fun. This is just a preliminary etude for the woozles (his pet name for clients)
En tout a l’heure
Nedi”

His sketches included an outline of the new garden, with a 128-foot formal canal and an Italian garden. Gertrude set to work, and by December had produced seven elaborate designs and planting plans for all sections of this large garden.

In October, Lutyens was still visiting Felbridge with Mrs Rudd, described by Lady Sackville as a “rich vulgarian”. However by November 1916, Lutyens had to set sail for his annual visit to India, and nothing further is recorded about this grandiose project. We wonder if Gertrude got paid for all her hard work.

I had considerable difficulty in establishing the identity of the client, Mr H Rudd. In her book Lutyens and the Edwardians, Jane Brown describes the Rudds as from South Africa. From their obvious wealth, I assumed that Mr Rudd could have been the son of Charles Rudd, the partner of Cecil Rhodes in the Kimberley De Beers diamonds and the Johannesburg Gold Fields, whom Lutyens may have met during his visit to Herbert Baker in 1912. Correspondence with our South African contact yielded no identification.

However, Kate Chattaway, carrying out meticulous detective work among the Lutyens drawings at the Sir John Soane Museum, found a drawing of a pigeon cot for Felbridge Place with a weathervane in the shape of a machine gun. This identified Lutyens’s client, Mr H Rudd, as an American arms dealer with a contract to supply the British Ministry of Munitions with thousands of Lewis machine guns. From her further researches at the PRO, she discovered that the Government had cancelled the contract, and made Mr Rudd bankrupt. This explains why only the two lodges and some outbuildings were ever built at Felbridge. These were visited by the Trust in June 2005, when the local history group briefed them on the whole sad story.