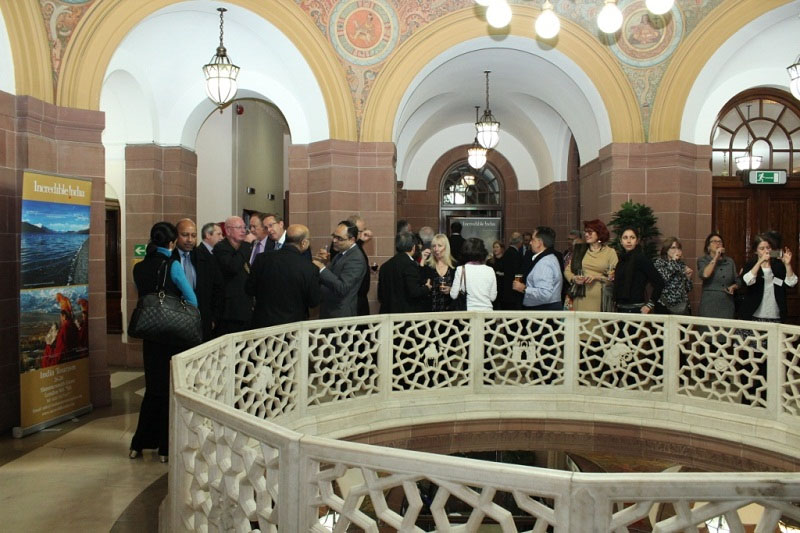 Proposed in 1925 by the Indian High Commissioner Sir Atul Chatterjee, this building was designed by Sir Herbert Baker and completed in 1930. It was formally inaugurated on 8 July, 1930 by the King-Emperor George V. Typical of Baker’s civic work, the seven storey building is monumental, featuring modelled elevations with relatively small sculptural, decorative details of Indian derivation, such as Ashokan columns with stylised elephant bases and lioness finials at the front door, Indian jaali work and arcades. The principal interiors are dressed in red Agra sandstone. The entrance hall is domed and the first-floor oculus gallery with a pierced work balustrade is supported by vaults with murals. These were executed by Indian artists, who also frescoed the dome. Baker, who had made a point at New Delhi of using Indian artists for the Secretariat’s murals, arranged for them to be sent to London and Rome for special training in painting frescoes for India House.

Please send a stamped addressed envelope — or your email address — and a cheque for £25, made payable to the Lutyens Trust, to Paul Waite, 20 Ingelow House, Holland Street, London W8 4NF. For more information, email events@lutyenstrust.org.uk.