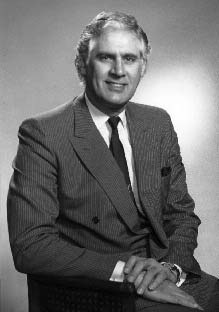 By Venetia Wheway, his daughter

The property writer and author, Michael Peter James Hanson, who has died aged 78, on 8 April, 2015 in Kingston upon Thames, Surrey, had an illustrious career in journalism. His most notable role was as Country Life magazine’s property correspondent for 27 years, and he won the Property Journalist of the year award five times between 1976 and 1995.

He started his career as press officer at the Royal Institution of Chartered Surveyors (RICS) and went on to become editor-in-chief for the RICS journals and founder editor of Chartered Surveyor Weekly, now known as Property Week. At his most prolific, Michael was writing 400 articles a year as either architectural correspondent or property correspondent for such respected publications as The Sunday Telegraph, Estates Gazette, The Guardian, Investors Review, The Evening Standard, What House? and Homes Overseas.

His editorial roles were equally impressive: he was editor of Property Letter, London Property File, Show House, Planahome and the Best of British Homes, and became group property editor of Condé Nast’s magazines, which include House & Garden and Vogue. He was also president of International Building Press from 1985 to 1987.

Architecture was Michael’s love and, while working as press and public relations officer at the royal Institute of British Architects, he wrote the acclaimed books, 2000 Years of London (of 1967) and Famous Architects of the City of London (1971).

Michael’s primary architectural passion was the work of Edwin Lutyens, and he was a committee member of the Lutyens Trust until his death. He was a contributor to its Newsletter, writing its “Lutyens on the Market” column for many years. Unfortunately, his untimely demise meant he never completed his work on Lutyens that he had always wanted to leave as his legacy.

Michael was born in Eastbourne on 26 November, 1936 and went to St Marylebone Grammar School, London. He then studied estate Management at the University of London, graduating with a BSc. He later became a research assistant at the Building research establishment in London, where he met his future wife, Janet Bloomfield, another assistant. Cheekily, he asked her to marry him on April Fool’s Day, 1960 by taking her to a production of Make Me An Offer, and made her an offer she didn’t refuse.

Michael had a great love of music, and ran a jazz appreciation club at Pimlico Youth Centre where he did a week-by-week documentation of the world of jazz. We still have his numbered records but not the notes that he wrote about them.

Michael is survived by Janet, his two daughters, Kate and me, and six grandchildren, Melissa, Vanessa, Ellie, Billy, Connor and Poppy.