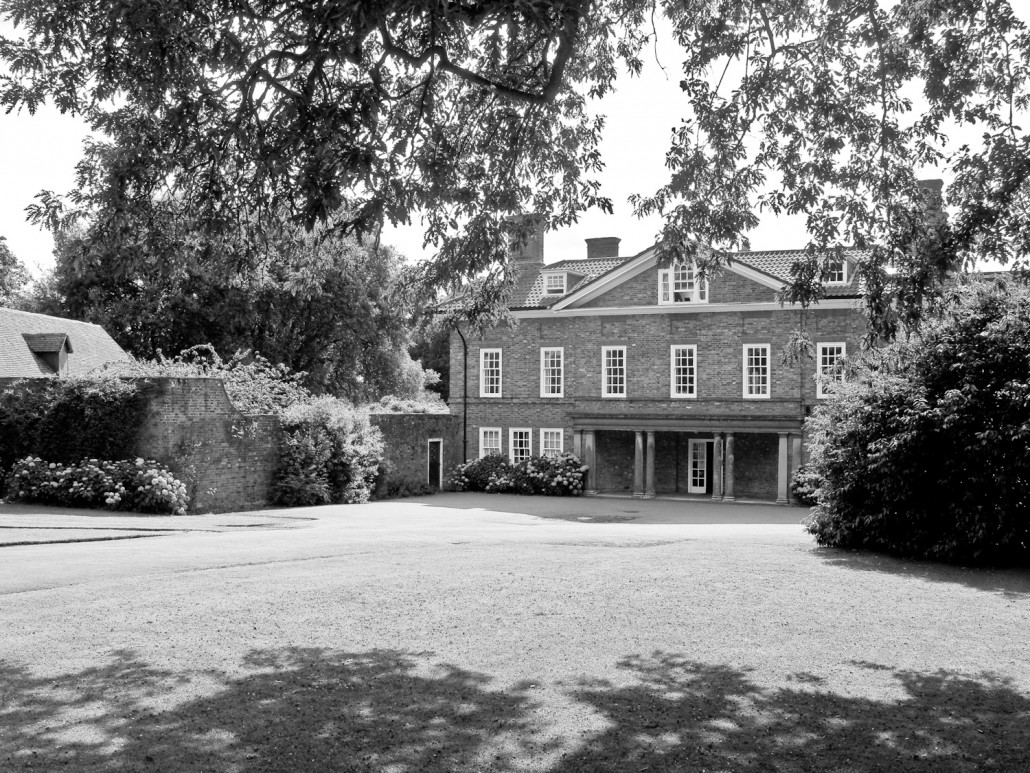 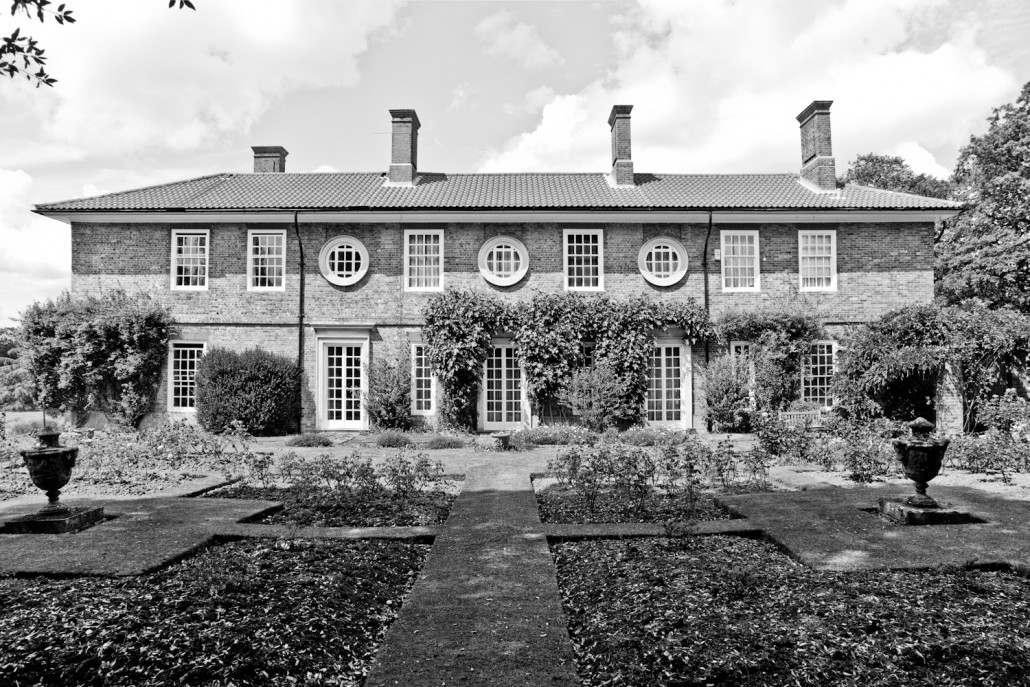 On a fine sunny day we gathered outside Great Dixter. Charles Hind was there to welcome us, and gave an introductory talk preliminary to a highly interesting tour, which this time took in all of the interior, including Lutyens’s intricate and beautiful linking work.

Charles’s initial talk was a fascinating insight into the working relationship between Lutyens and Nathaniel Lloyd. Lloyd had made a fortune from his printing business, and interviewed other architects as well as Lutyens. Indeed the final choice was between Lutyens and Ernest George; one can only imagine how different the house would have been had George won the commission. Charles also pointed out that this job was one of Lutyens last big vernacular schemes before the First World War, and therefore with Folly Farm might be said to represent the peak of Lutyens’s development of this style.

Lutyens said to Lloyd that he wanted the old house to ‘sing out’ from the new extensions, and Charles had put out a selection of early sketches and more finished plans from the Dixter archive that showed this wonderfully. From them we could see how the plan had evolved when the Benenden house had been purchased, and how Lutyens had decided to relocate the fireplace in the Great Hall when evidence for the large south window was found. There was also a plan of the gardens that showed how brilliantly a coherent design was made that reconciled the relationships between all the old buildings, despite none of them being at right angles to each other. The variety of garden spaces thus created has proved to be inspirational for many kinds of garden-making ever since.

After lunch we moved on to Wittersham on the Isle of Oxney in Kent. Here, on a spacious site close to the Church, Lutyens was commissioned in 1907 by the Rt Hon Alfred Lyttelton MP to remodel his newly acquired house. Lutyens had previously worked for Lyttleton at Grey Walls in 1900, and it was largely thanks to him that Lutyens was selected to design the Central Square at Hampstead Garden Suburb, where Alfred was Chairman of the Board.

We were welcomed by Mr. and Mrs. Philip Mallet, who gave us a brief preliminary talk, followed by an extremely interesting tour of the house and garden. It was explained how the house derives from a Georgian Rectory, which was in a state of great disrepair when the Lytteltons bought it. Under Lutyens’s guidance it was almost entirely rebuilt, although older sash windows survive here and there in original walls. The house as it stands today is a good example of how Lutyens was able to inject character and sophistication into a building, while still keeping entirely true to the spirit of the place. Two of Lutyens’s original plans hang in a side passage, and like those we saw at Dixter, vividly show how much revision and rethinking Lutyens was prepared to undertake to get the design as he wanted it.

With typical ingenuity Lutyens converted a U-shaped plan into a square one with a small central courtyard. This lights the entrance hall and corridors running either side, which lead in turn to a lovely generous transverse corridor serving the main reception rooms. All of these are panelled, well proportioned but not enormous, and overlook the gardens to the north, south and west.

Outside, the gardens are simple but satisfying in their structure and layout, and beautifully kept. Terraces and wide lawns surround the house, with gaps in the clipped hedges giving views of the surrounding orchards. To the north-west is a pergola designed by Lutyens with unusual curved sections, leading down and along to the main herbaceous borders. At the end of these is a charming white painted summer house, still looking just as it does in the photographs in Weaver.

The hot sun meant that the cold drinks kindly provided by Mr. and Mrs. Mallet were more than welcome by the end of the afternoon, and we were very grateful to them for letting us visit their wonderful home.