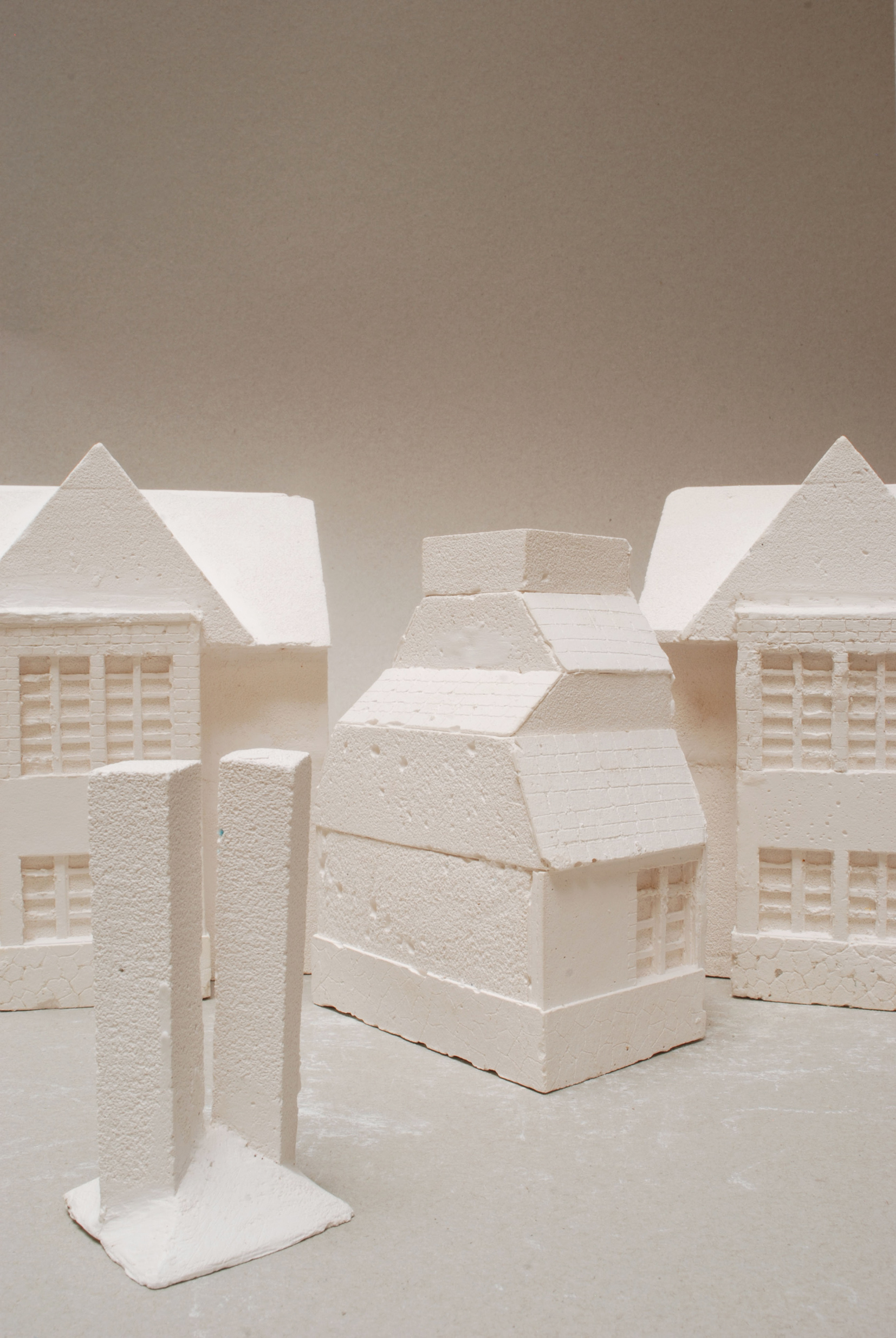 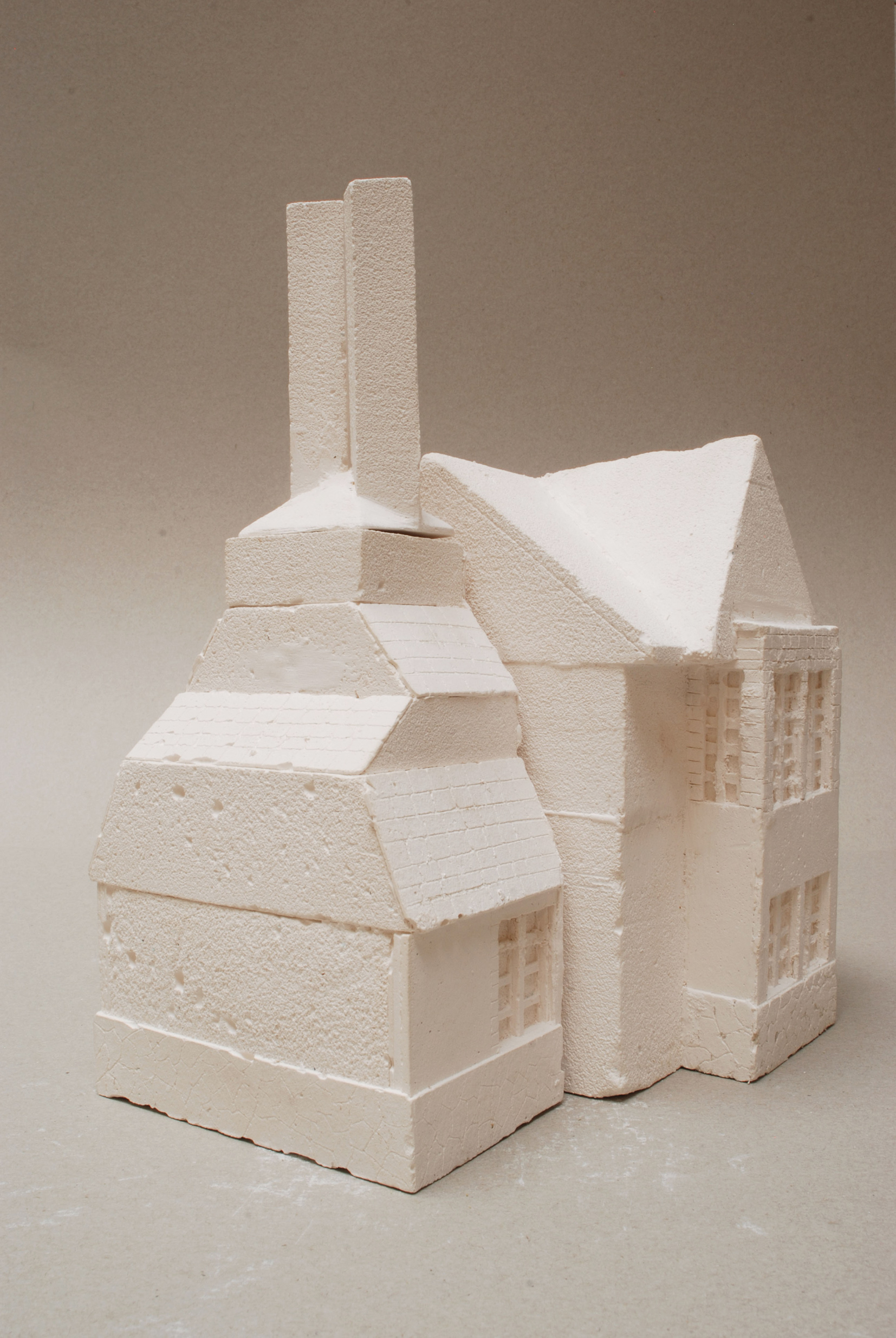 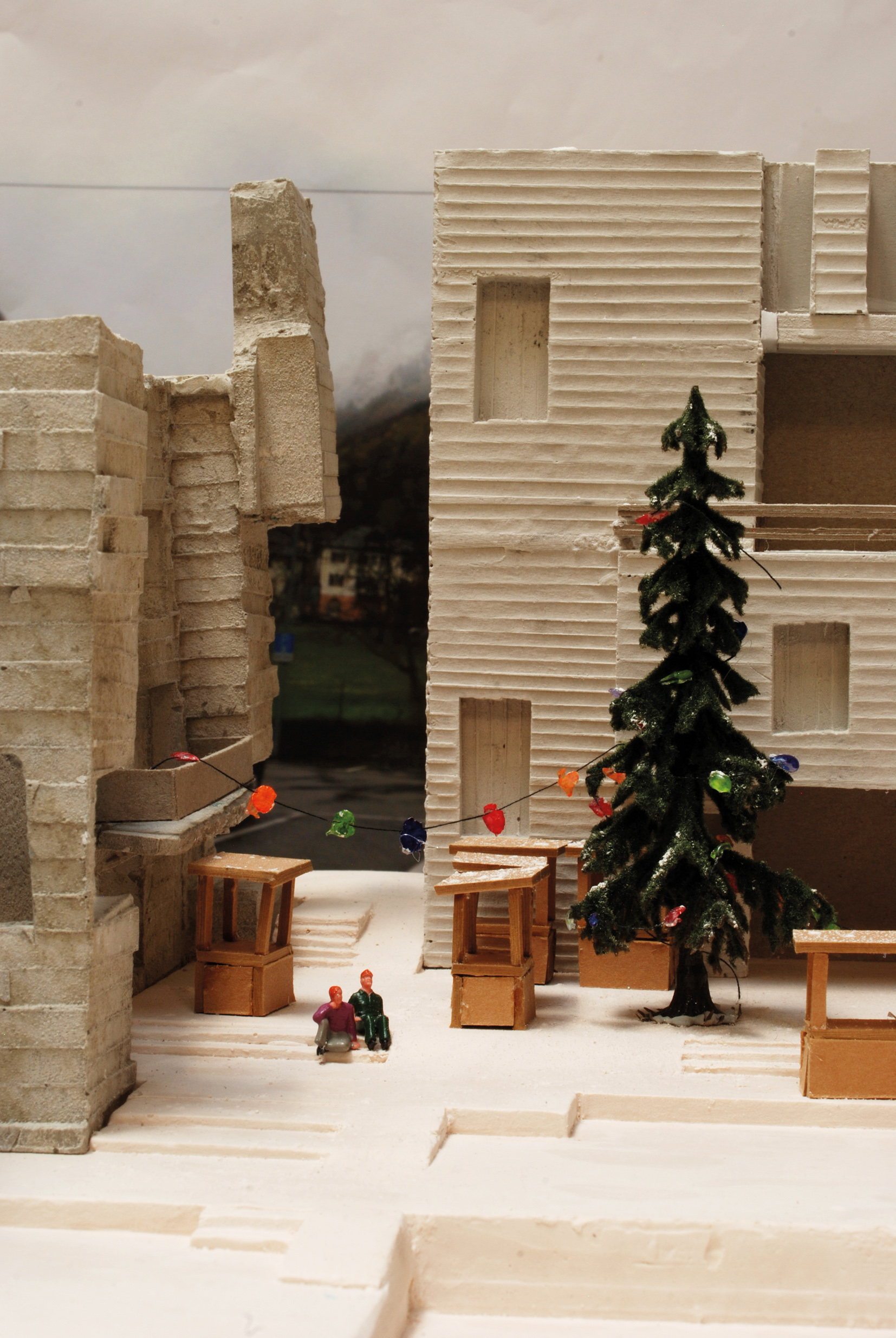 3 An urban proposal for a village in Switzerland. By Zhi Yoong Law and Nosheen Rehman

In October last year, 20 postgraduate architecture students from the University of East London were given the brief to create a series of plaster-cast scale models to explore form, geometry and composition in the work of Edwin Lutyens. It is through a selection of the students’ projects that the following short text offers a reading of Lutyens’s work seen through the prism of Object-Oriented Philosophy — a term for a branch of contemporary philosophy coined by the American philosopher, Graham Harman, in 1999 (also referred to as Object- Oriented Ontology).

Casting in plaster is demanding. The process allows for only regular geometries to be formed and, in order to recreate complex objects, it is necessary to break down the overall composition into its component parts. It was precisely because of this process of taking apart and reconstructing that this medium was chosen with the intention to gain insight and learn from Lutyens’s deftness for creating sophisticated, 3D form.

The chimney stack (1), taken from Goddards in Abinger Common, surrey, is formed from a pair of tall, thin, extruded parallelograms sitting on a pyramidal base. Abstracted by the casting process and because of the neutral, homogeneous nature of the plaster, each component is no longer associated with a function but instead appreciated only for its geometric, formal qualities. As use changes over time, so too does meaning. Form, however, provides a motionlessness constant in architecture, a quality Lutyens knew well.

Of course, being motionless implies a latency, something static which nevertheless has the potential to act. This tension is often felt in Lutyens’s work; as the component parts in it pull together towards a unified whole, they are simultaneously distinct and separate from one another.

The plaster cast of Goddards (2) is a part of a much larger whole — one wing in a tripartite composition of a house. The house possesses symmetry but does not preclude further distinct, nested components or objects to be found. Lutyens’s work is full of these distinct objects at a variety of scales — objects forming part of a careful composition which nevertheless don’t lose their autonomy and individual character. With this in mind it is possible to consider the house as a nested object in a larger, landscape object composed of buildings in a garden. The garden, of course, has its own integrity and is formed of other distinct parts.

The aim of the project was to offer the students a way of approaching their own architectural design projects (one is pictured, 3), and to develop an intuitive feeling for form and creating distinct building compositions of characterful elements in proportion to one another. To compose a building in this way well is difficult, but, when successful, results in a powerful, creative tension and the possibility of discretely urban building propositions.

In his work, Harman describes how objects resist being reduced to simply parts of a wider system. systems, he argues, undermine the uniqueness of the components that construct that system; the individual entities become consumed by the importance of the overriding system or by the significance of the relationships within.

There is a well-known anecdote recounting how Lutyens’s adeptness for handling 3D geometry grew from a curious drawing technique adopted in his youth. Arm outstretched, the young Lutyens would hold up a pane of glass in front of a chosen view, and, using sharpened soap, skillfully trace the silhouetted composition of peculiar forms and volumes making up the complex and restless vernacular architecture within the english landscape. The art of observation and abstraction as a way of gaining insight into the nature of things is as relevant for students of architecture today as it was for Lutyens in his youth.

New Delhi: Latest news on the application to UNESCO for World Heritage Stat... Scroll to top
This website uses cookies to improve your experience. We'll assume you're ok with this, but you can opt-out if you wish.Accept Read More
Privacy & Cookies Policy