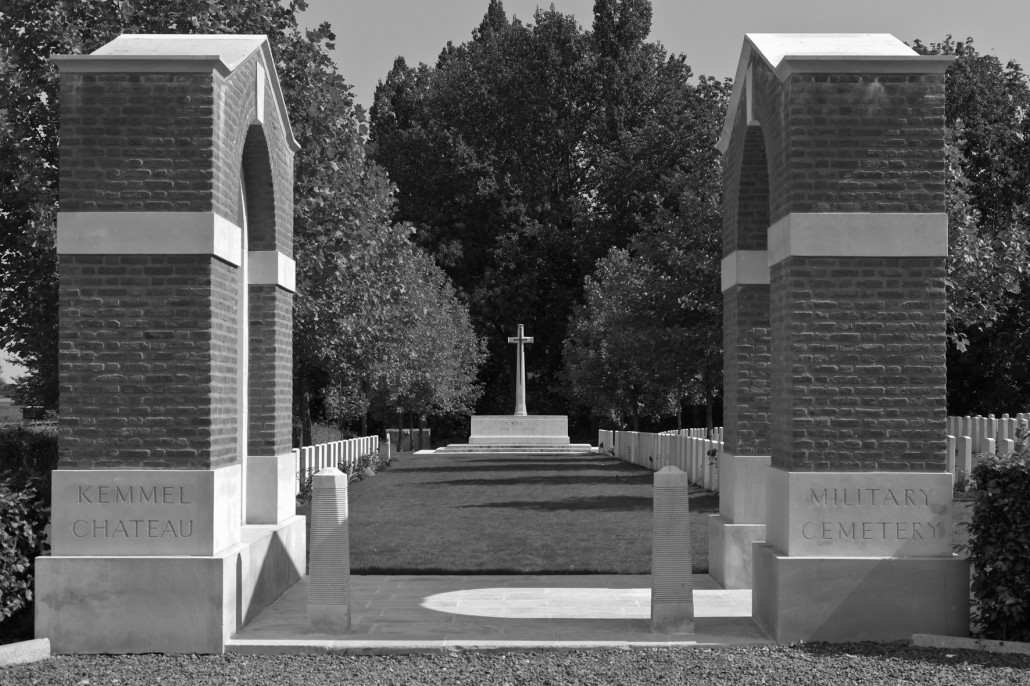 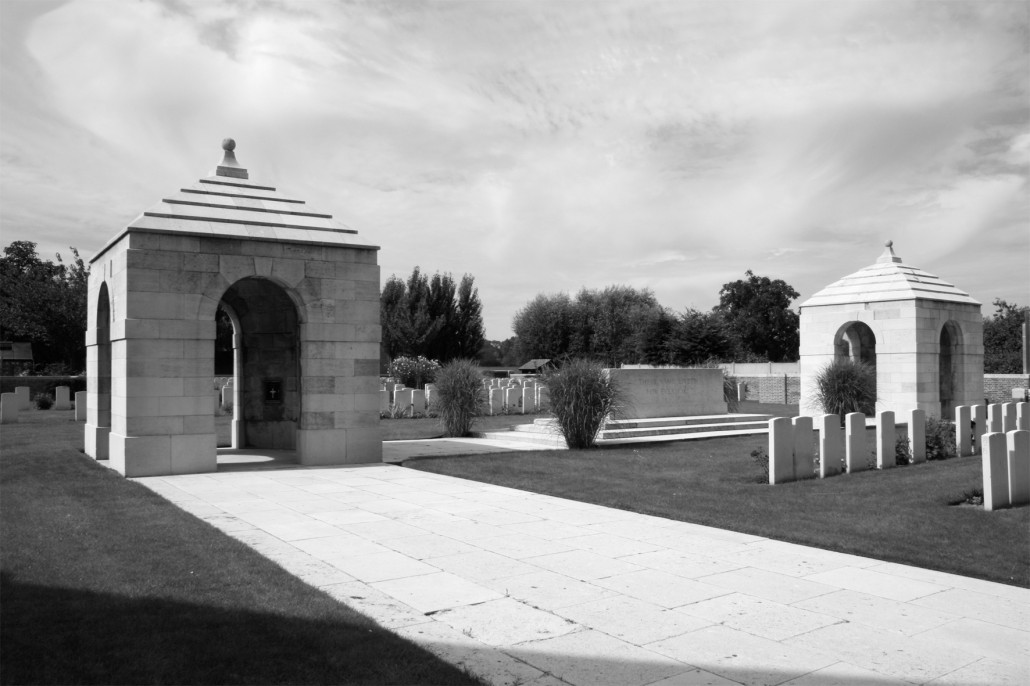 Vormezeele Enclosures No 1 and No 2

At the end of August myself and three fellow members of the Photographic and Archive Subgroup (Andrew Barnett, Richard Breese and Gavin Chappell) had an enjoyable long weekend in Ypres photographing thirty Commonwealth War Cemeteries with which Lutyens was involved in the design.

He was one of four architects (along with Herbert Baker and Sir Reginald Blomfield and, for a short time, Charles Holden) who were given the task by the Imperial (now Commonwealth) War Graves Commission of overseeing the work of its own architectural staff in the commissioning of around 1,000 cemeteries scattered throughout France and Belgium. It is almost beyond comprehension that the work took little more than ten years to complete, and within budget too.

It is to the credit of the architects that they have created something so poignantly beautiful out of so grim a task and even the smallest cemetery has something to delight. For sure the work by Lutyens is good but we were also able to look briefly at the work of others. I was particularly impressed by the Memorial to the Missing at Ploegstreet by H Chalton Bradshaw, an architect who deserves to be better known, whilst the sombre, brooding German Cemetery at Langemarck, with no planting apart from grass and trees, formed a stark contrast to the bright colours of the planting in the Commonwealth Cemeteries.

The Commission’s high standards of maintenance are rightly celebrated. However, whilst the buildings and features are being repaired as necessary, landscaping presents more of a challenge. A keen gardener myself, I enjoyed seeing an increasing use of grasses that reflects the current design trend in gardening but I can understand why others might be uncomfortable about this move away from the more usual Jekyll inspired planting.

We had a debate (unresolved) amongst ourselves whether the planting should generally be kept below the level of the gravestones. More worrying for us though was the impression that there were places where the trees that are so important to the feel of the cemeteries had been removed and not replaced. It gives the appearance of an unfortunate trend.

It was inevitable that our evenings would conclude at the Last Post ceremony at Blomfield’s Menin Gate, a commission for which Lutyens was not considered, because it was felt by Fabian Ware, the IWGC’s dynamic Vice-Chairman, that the town, with its gothic associations, was not the kind of work at which Lutyens would excel.