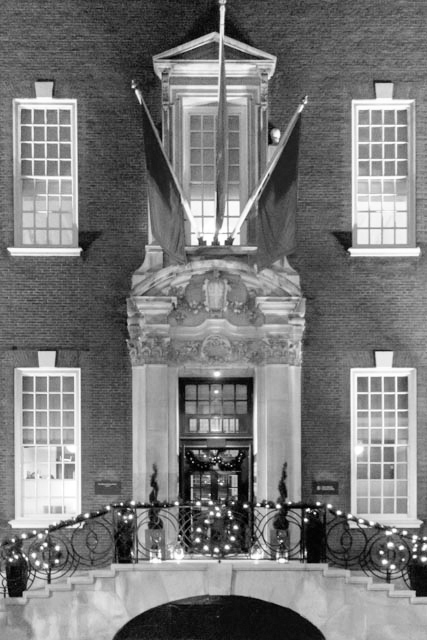 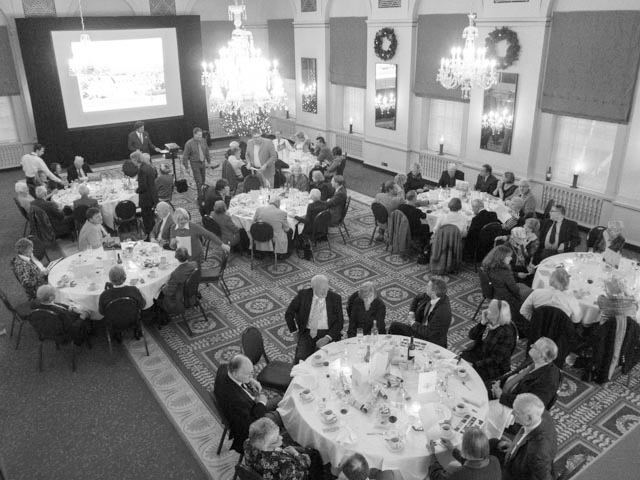 A record 75 members gathered at London’s Bloomsbury Hotel for the annual Lutyens Trust Christmas Lunch at the end of November.

Meeting for drinks initially in the intimate Lutyens-designed library and chapel, the group moved to the grand, two-storey Queen Mary’s Hall for the actual lunch. Dame Helen Ghosh, the Director General of the National Trust, gave an address, during which she talked of the high degree of synergy between The Lutyens Trust and The National Trust under whose care are Castle Drogo, Lindisfarne and Scotney Castle. With enormous investment going into Drogo, she paid tribute to Martin Lutyens’s help in particular with fundraising. The lunch continued with a photographic review of the year’s events, including the American tour, and concluded with the traditional photographic quiz and raffle draw. The quiz prizes were a bottle of champagne and chocolates for each participant at the winning table, while the raffle prizes included out-of-print books on Sir Edwin, two group entry tickets to Castle Drogo, a DVD of the television documentary on Sir Edwin and bottles of wine.

With grateful thanks to Mr Michael Neve, the general manager of the Bloomsbury Hotel and his staff, to Richard Breese for creating the slide-show PowerPoint review, to Ann Ledden and Gavin Chappell for being such great raffle-ticket sellers and to Gavin and Martin for generously providing raffle and quiz prizes. We hope to see you next year!