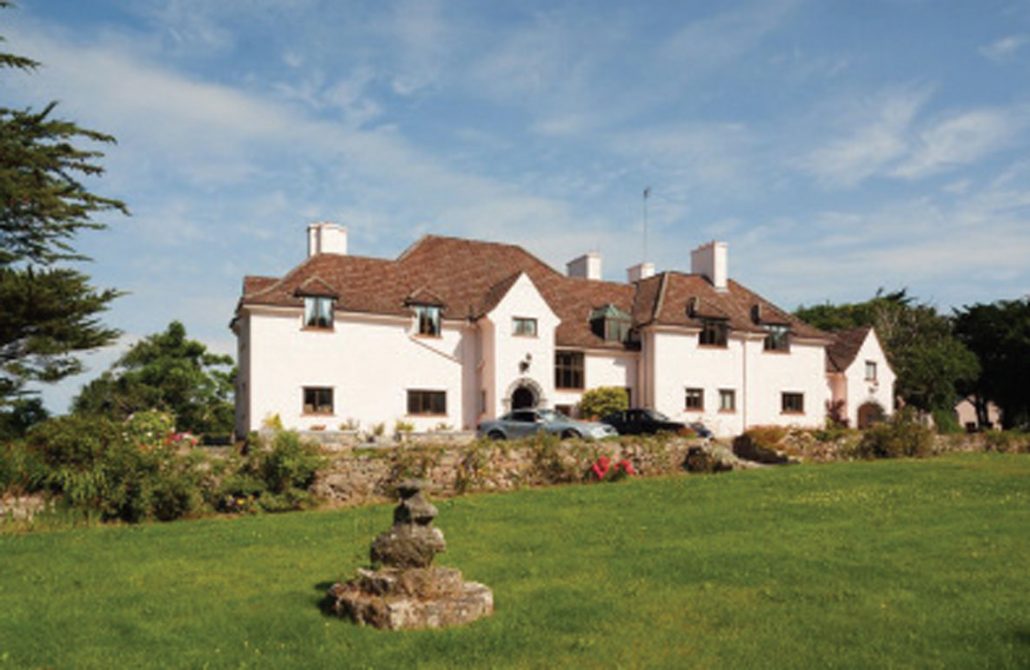 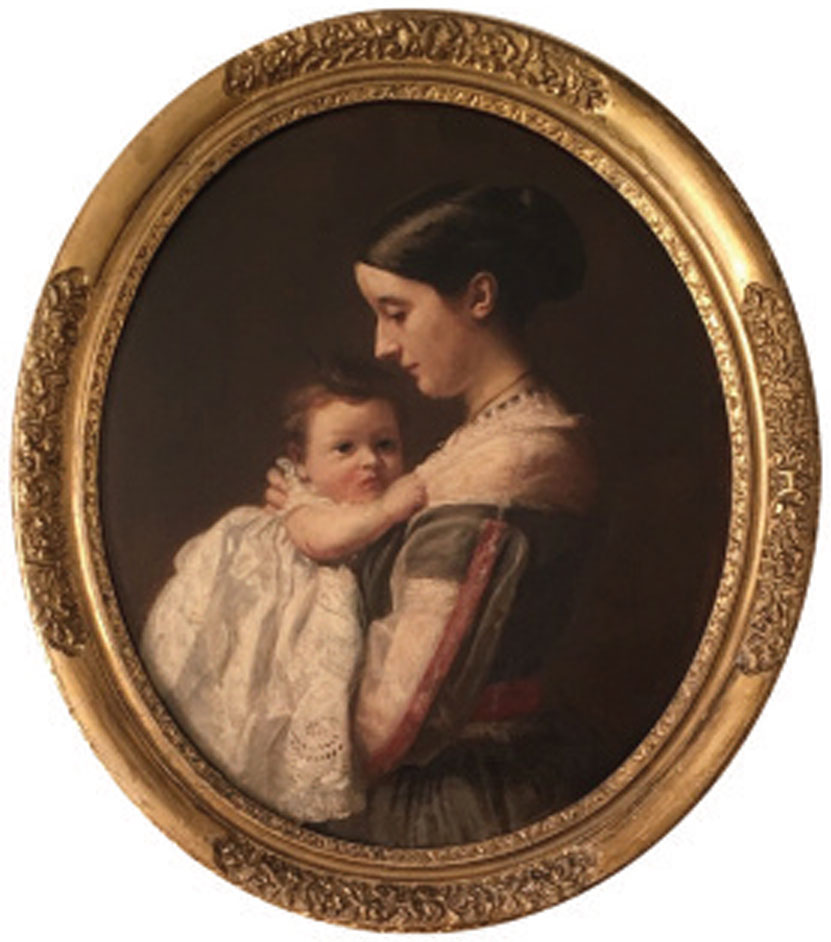 Irish connections: Charles HA Lutyens’s portrait of his wife Mary Gallwey and their son, Arthur, Edwin’s brother, as a baby. The Gallweys were from Killarney, County Kerry

Edwin Lutyens had one major commission in Ireland that never materialised. But he completed several other commissions successfully, including a large-scale one for the Irish National War Memorial Gardens at Islandbridge, Dublin.

The commission that came to nothing was for a gallery in Dublin to house Irish art dealer and collector Sir Hugh Lane’s Impressionist paintings. Lane had already opened a municipal art gallery, which housed his art collection, in temporary premises in Dublin in 1908, but he had plans for a more extravagant one. Accordingly, Lutyens created a remarkable design for a gallery that would span the River Liffey in central Dublin and, in the process, replace the famed Ha’penny Bridge. But Dublin Corporation turned down the plan in 1913. Lutyens and Lane then proposed another gallery, which would have stood in the park of St Stephen’s Green. This, too, was never realised.

Lane died on RMS Lusitania when it was sunk by a German submarine in 1915. After a long gap, Dublin Corporation relocated Lane’s municipal gallery to the 18th-century Charlemont House on Parnell Square, which opened in 1933, and is now known as Dublin City Gallery The Hugh Lane. But Lane had failed to witness a codicil to his will and, as a result, the question of ownership of the paintings remains unresolved.

London’s National Gallery has always claimed ownership of Lane’s collection, although Dublin City Gallery The Hugh Lane argues that it has the moral right to his paintings since Lane had always intended to keep them in Dublin. Currently, the agreement (which expires in 2019) is for half of the paintings to be shown in Dublin for six years at a time, while the other half remain in London.

Lutyens’s other big commission in Ireland — the Irish National War Memorial Gardens, which commemorate the 49,400 Irish servicemen who died in the First World War — was much more successful. The great architect first visited this 20-hectare site in 1930. Building work was completed in 1938 and the gardens opened in 1940. But, in the decades after the Second World War, they became derelict. Ireland’s Office of Public Works later carried out extensive restoration, and the gardens reopened and were formally dedicated in 1988.

A further commission was to restore Lambay Castle on Lambay Island off the north County Dublin coast. The island was bought in 1904 by Cecil Baring, who hailed from the famous banking family and later became the 3rd Baron Revelstoke. But when he married an American divorcée, Maude Lorillard, he met with such opprobrium in banking circles that the couple retreated to Lambay.

In 1909 and 1910, Lutyens restored the 16th-century castle, converting it into one of Ireland’s few Edwardian country houses, which remains in the Baring family. Lutyens worked closely with Gertrude Jekyll to create the gardens around it, including the kitchen garden and surrounding plantation.

In 1930, Lutyens also designed the mausoleum on the island for the Revelstoke family, and, six years later, the White House on the western side of the island as a holiday home for Lord Revelstoke’s two daughters, Daphne and Calypso.

Soon after completing his initial work at Lambay, Lutyens was commissioned by the Gaisford-St Lawrence family to renovate Howth Castle on the northeastern side of Dublin. The 13th-century castle had been renovated in 1738. His work on it, carried out in 1911, included a new library and chapel and these complemented the early Georgian restoration, which he much admired. Lutyens and Jekyll also worked together on the gardens around the castle.

Not far from the town of Ballinakill in County Laois, in Ireland’s southern Midlands Region, was the 18th-century Heywood House. It was destroyed in a fire in 1950 and a school was built nearby. But its amazing garden, co-created by Lutyens and Jekyll, which the Office of Public Works has extensively restored, still exists.

Lutyens also designed two other private houses in Ireland, one being Costelloe Lodge in Connemara. This had been a fishing lodge where Joseph Bruce Ismay, the disgraced chairman of the White Star Line — whose ship, RMS Titanic, sank in 1912 — lived from 1913. The lodge was burned down in 1922 during the Irish Civil War, and Ismay later commissioned Lutyens to build a new spectacular, eight-bedroom house, which was completed in 1925. The garden was designed by Jekyll and both her design and the house still exist.

The last house Lutyens designed in Ireland was Trá na Rosann House, near Downings on the north coast of County Donegal, which he created for Mr and Mrs Robert Phillimore. The house still stands and is now a hostel for An Óige, the Irish Youth Hostel Association.

All but one of Lutyens’s commissions in Ireland were in what is now the Republic — one in Northern Ireland. It was St Patrick’s Roman Catholic church on Donegall Street, Belfast. Lutyens designed its side altar and furnishings. When its interior was changed in the 1960s and 1970s, the original setting was lost. All that remains today of Lutyens’s work is a triptych’s frame, adorned with Celtic knotwork.