Lutyens and the Edwardians Lecture Series

This Spring the Event’s Committee is proud to present a series of 4-5 talks covering various elements of the Edwardian period. The series will be preceded with a webinar, hosted by the Lutyens Trust America on Thursday 11th February at 5pm on Lutyens & Jekyll Gardens. (For more details check out our homepage which will be updated shortly)

The first lecture will be on Old-New and New-Old: Edwardian houses by Author and Professor of Architecture Timothy Brittain-Catlin, on Tuesday 16th February at 6pm.

The series will then continue with (at approx 2-week intervals):

All lectures will be hosted on Zoom. Tickets cost £5 for members and £8 for non-members.

Further details and booking will be available shortly. This lecture will consider the print-making revival through portraits in the National Portrait Gallery’s collection drawing out fascinating connections between works of art and artists.  Beginning in the mid-19th century, the revival saw a renewed interest in traditional printmaking techniques such as etching, which stimulated immense creativity and led to innovation and technological advances.

Rosie is Head of Collection Displays, Victorian to Contemporary and senior curator of 20th-century portraits at the National Portrait Gallery.  She studied History of Art at the University of Bristol and English Literature at King’s College, London.  Before starting work as an assistant curator at the NPG in 2006, Rosie worked at the Holburne Museum in Bath and the Wallace Collection, London.

Her publications include an Introduction to Humphrey Ocean: A handbook of modern life, Lecturis, 2012, and Laura Knight Portraits, exhibition catalogue, National Portrait Gallery, 2013.  Recent publications include an essay on portraits of Suffragettes for the forthcoming publication: Suffrage and Visual Culture: Art, Politics and Enterprise, to be published by Bloomsbury in 2018.

Please make your booking online through PayPal using your credit/debit card or PayPal account. Once payment has been received you will be sent an automated email with the Zoom URL for the live talk. Gardens Old and New appeared at the end of a century in which styles for architectural expression seemed uncertain. Gothic Revival jostled with the Neo-classical, the Jacobethan with the Italianate. Gardens followed suit until the Arts and Crafts movement emerged to become a functionally versatile approach to both home and garden-making and suitable for gardens large and small. In some respects, its principles still persist.

Today, whatever the designer’s vision and skill with plants and materials, the context of the work is all-important. This encompasses not only the Client’s agenda but also the site and its characteristics, not only the immediate history of the site but also the historical context, which often shines a light on the reasoning behind the form we have inherited. The development of gardens over the nineteenth century and through the Arts and Crafts period is incredibly rich with wonderful artists, designers and contractors involved, mostly unassuming and generous with their time and knowledge. This talk will explore the context and people that led up to and gave shape to the Arts and Crafts Garden – and, how, as the Movement gave way to Modernism in public architecture, its principles remained strong particularly in private domestic work.

Michael Balston is the Senior Director of Balston Agius, and founded the original Practice of Balston & Company in 1983. He studied architecture at Cambridge University, qualifying as an architect in the early 1970s. He then further qualified as a landscape architect and worked on several public buildings projects in the UK and Saudi Arabia. From 1978, he focused on private gardens and since moving to Wiltshire in 1983, he has run his own practice, operating from converted farm buildings within a large garden that he created from scratch.

Michael completed a 10-year term as a member of the Council of the RHS, and during this time he was Chairman of the Show Gardens Panel, a member of the Shows Committee and the Gardens Committee. For the period he was on Council, he was much involved in Shows development and the Master Planning of the Society’s four gardens. Following the completion of this tenure, he was appointed a Vice President of the RHS. Also for many years Michael served on the Europa Nostra Awards Panel and was also a member of the Landscape Working Group.

Besides writing for magazines, Michael has written the influential book ‘The Well Furnished Garden’, followed by ‘Ten Landscapes’ – edited by James Grayson Trulove, which features examples of his design work. Michael also lectures on Garden Design both in the UK and internationally. Lutyens was the favourite architect of the Edwardians but his country house clients fell away after the First World War. This talk shows how Lutyens worked to win the patronage of Queen Mary, and how he transformed himself into the leading public architect of the post-war era.

Jane Ridley is a historian, biographer, broadcaster, and Professor of Modern History at the University of Buckingham. She has been in charge of the university’s Master of Arts course in Biography since establishing it in 1996. This was the first postgraduate course of its kind. She is the current Chairman of the Biographers’ Club.

Jane won the Duff Cooper Prize in 2002 for The Architect and his Wife, a biography of her great-grandfather Edwin Lutyens.  Other books include: The Letters of Edwin Lutyens to his Wife Lady Emily, ed. with Clayre Percy, Fox Hunting: A History, The Letters of Arthur Balfour and Lady Elcho, ed. with Clayre Percy, and The Young Disraeli. She wrote an acclaimed  biography of Bertie: A life of Edward VII, and this was followed by Queen Victoria: Queen, Empress, Matriarch for the Penguin Monarchs series. She is currently writing a joint biography of King George V and Queen Mary. She has appeared in tv documentaries about royal history, and she reviews in publications such as the Spectator. Introduction to the Edwardian Cinema in Britain

This talk will introduce you to the cinema as it developed in Britain during Lutyens’s lifetime. Lawrence Napper will showcase some well-known films as well as some recent rediscoveries from this period, and place them in the context of the culture of film-making and film-going in the early twentieth century. The talk will offer some illustrations of the ways in which cinema can be understood as a key resource for thinking about the visual culture of the Edwardian period, and particularly for thinking about the wider world of interior design, garden design and architecture in which Lutyens moved.

Lawrence Napper is senior lecturer in Film Studies at King’s College London. He has published widely on British cinema before 1940 and is the author of ‘Silent Cinema: Before the Pictures got Small’ (Wallflower, 2017). 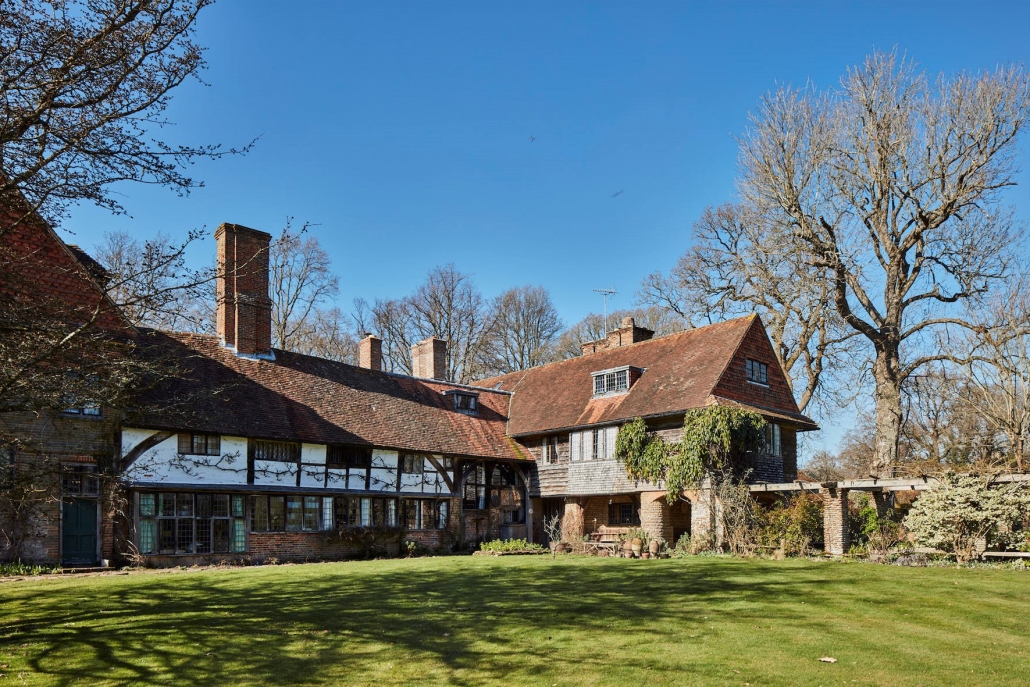 What made the best Edwardian houses remarkable was the fact that they effortlessly mixed old and new material within a single building and their architects took great pleasure in creating surprising combinations of styles. This lecture looks at a series of beautiful and not always well-known houses of different sizes which characterise the era.

Timothy Brittain-Catlin is the author of The Edwardians and their Houses; the New Life of Old England (Lund Humphries, 2020). He runs the new Architecture Apprenticeship course at the University of Cambridge.

The Edwardians and their Houses