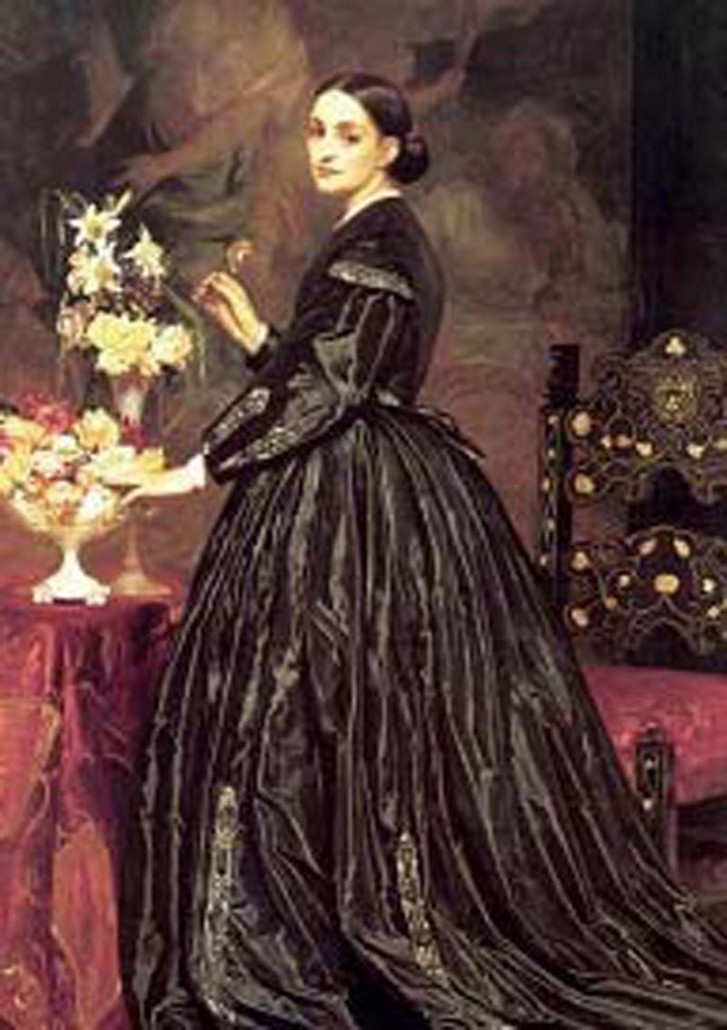 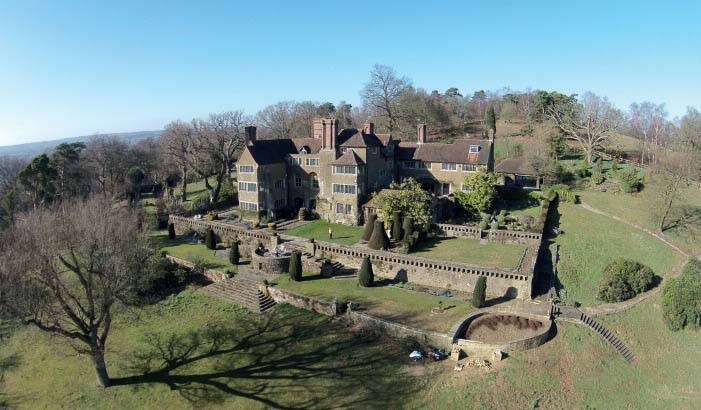 How Chinthurst Hill’s Original Design Has Been Restored

The prime site of Chinthurst Hill, near Wonersh in Surrey, came on the market in 1884 when the 5th Lord Grantley of Wonersh Park put many of his properties up for sale, and it was bought by Emilia Margaret Guthrie. She was the second daughter of Ellinor Guthrie, of upper House in nearby Shamley Green, who was painted in the 1860s by artist Frederic Leighton.

Aged 26, Maggie, as Emilia was later known, became the owner of this hilltop, 69-acre site with lovely views over Surrey and Sussex for £5,100, but she did not build on it for another nine years. Instead she focused on studying medicine and qualified, practising in Glasgow and Edinburgh as a GP and surgeon. It was through her knowing Gertrude Jekyll that Chinthurst Hill came to be built. Jekyll, who lived in nearby Bramley, had by then developed a friendship with the young and precocious Edwin Lutyens. Together, they regularly visited local houses and met craftsmen in the area. One day, Jekyll suggested to Maggie that Edwin could build her hilltop house, and she agreed. (Lutyens designed the house between 1893 and 1895.)

The bedrock in the area is Bargate stone, which, when cut and dressed, has a beautiful honey colour. This was quarried from the hillside below the house and used to build it. Jekyll appears to have had a good deal of influence in the materials chosen for it, the craftsmen employed and other aspects of the project. She liked houses to have a feel with “something of the convent”, and, thanks to what must have been a generous budget, two stone tracery windows and a large inglenook fireplace were built in the main room of the house.

During her studies, Maggie had met and later married Ninian Elliott, whose family had an estate on Mull, and she reluctantly sold Chinthurst Hill to live with her husband.

Today Chinthurst Hill, whose main architectural influence may have been Philip Webb’s Standen, near East Grinstead, exudes an air of timelessness. Whenever I take visitors the long way round to give them as much of an insight into Lutyens’s talents as possible, we go through an entrance vestibule to the great hall, then to rooms with magnificent views of Godalming, Hascombe and Chanctonbury ring to the south. Nine of its 12 bedrooms and all the principal living rooms face south, scotching some of the written claims that Maggie didn’t like the house because so many rooms face north. Chinthurst Hill manages to be both grand and modest, has perfect proportions, a spectacular oak staircase and wonderful eccentricities such as a luggage door on the first floor which allowed luggage to be transferred from the back of a carriage to the upstairs rooms.

In the 1930s, the house was bought by the earl and Countess of Inchcape, who altered the terrace to include a sweeping staircase to the lower terrace and added an Art Deco ensuite bathroom clad in green and black hand-blown glass tiles and, outdoors, an airaid shelter and observation tower higher up the hill. Sadly, the earl died just before war broke out and his widow, the former Leonora Brooke, daughter of the Rajah and Ranee of Sarawak, sold the house to a developer when the war ended.

In 1953 it was divided into three parts. I was able to buy the main house in 1999 and gradually acquired the eastern part, the former stables and finally the central section, which had all been badly neglected. At the time, a tall tree grew out of a chimney, terrace walls were split and broken windows let in daylight and rainwater. We are now gradually restoring the house and the gardens — described in glowing terms in the 1901 sales particulars — to their former glory. Thankfully some of the Jekyll plans still exist and we are incorporating as much of her design as possible, notwithstanding the appetites of the rabbits and the deer. In March this year, articles about Chinthurst Hill appeared in two consecutive issues of Country Life, and suggested Lutyens was responsible for not wanting the house, his first major work, publicised. It has now rightfully been reappraised as highly important to the story of Lutyens and his collaboration with Jekyll.

Also, a vineyard has now been planted on the steep south slope and we hope that the next generation will enjoy the house, which my grandchildren simply call “The Beautiful”, over a glass of Chinthurst Hill sparkling wine.

Editor’s note: there is some doubt as to the spelling of Emilia Guthrie; some, including family, have spelt her first name “Aemilia” but it’s likely that she spelt it Emilia since the initials on the door plaque to the Great Hall are “EMG”.