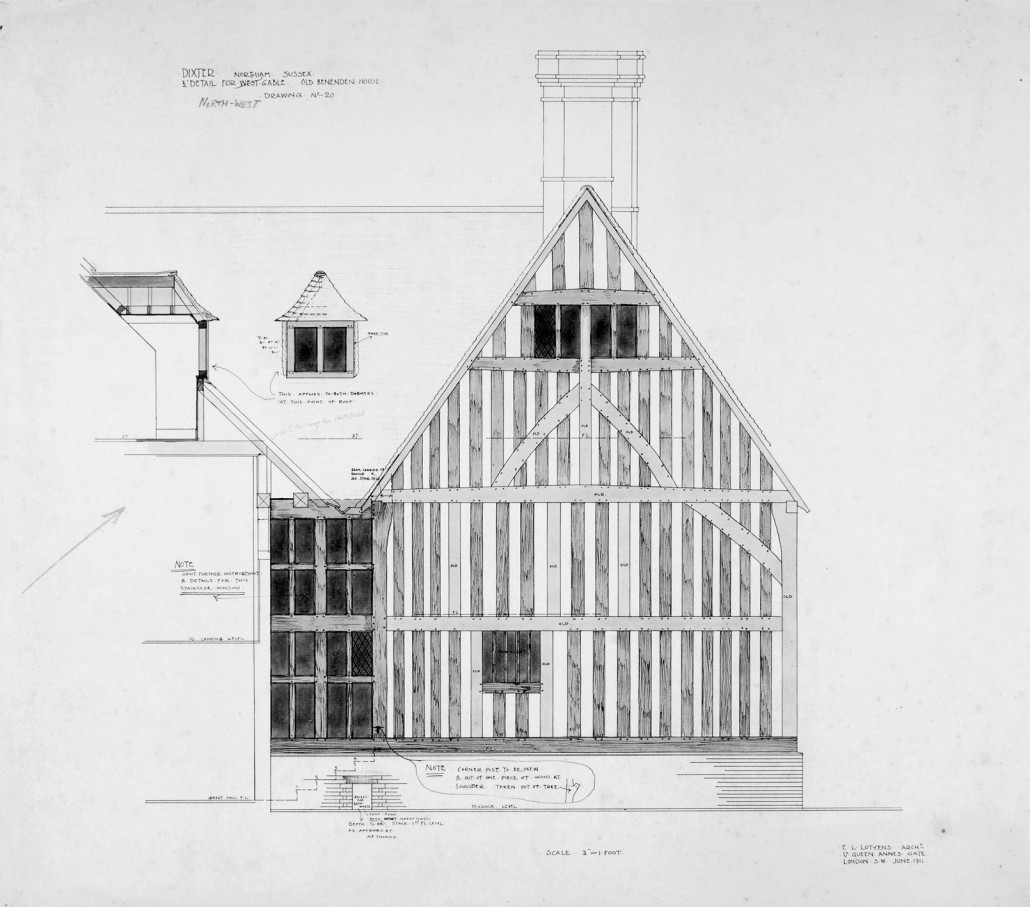 Great Dixter in Northiam is 8 miles northwest of Rye in East Sussex. Famous as the home of the late Christopher Lloyd, gardening writer and horticulturist, around 50,000 people visit Great Dixter annually to enjoy the special feeling of having been invited into a friend’s private home and secret garden.

In true Lutyens style, one of the magical qualities of Great Dixter is the interconnected relationship between the house and the garden. The house itself appears at first glance to be one medieval building, but in fact is three in one. The first and main part is a manor house that was built in the mid 15th century. The second part is a 16th century yeoman’s hall from Benenden in Kent and the third part by Edwin ‘Ned’ Lutyens combines the two other sections and was completed in 1912. There are characteristic Lutyens features such as the circular steps, pergola, the use of massive timbers of oak and with typical playfulness a ‘crawling window’ so even the youngest member of the family had a view.

Christopher Lloyd, born in 1921, lived his whole life at Great Dixter, building on the substantial work his mother Daisy and father Nathaniel started in the garden. He developed the nursery, wrote articles for Country Life and 16 books including ‘The Well Tempered Garden’.

Christopher bequeathed his 40% share in Great Dixter to the Great Dixter Charitable Trust and after his death in 2006 the Trust purchased the remaining 60% from his niece Olivia Eller through fundraising and £4million from the Heritage Lottery Fund and embarked on a major conservation and education project. The Trust, of which Fergus Garrett (Christopher Lloyd’s Head Gardener for 15 years) is CEO, cares for Great Dixter in the spirit that Christopher would have approved of – busy, bustling, youthful and energetic. The use of traditional methods, materials and skilled craftsmanship as espoused by Ned and Nathaniel is still very much part of Dixter life today.

Through the HLF funded project, work has been carried out to restore timbers and pipe-work in the house and to open up the medieval barn and oasthouse for the public. Attention has also been focussed on the archives; sorting, cataloguing and digitising family photographs and letters, receipts for domestic purchases and building materials, Lutyens’s plans and Christopher Lloyd’s notebooks. Much of this will be accessible to visitors through new interpretation and displays on the Lloyd family; the development of the garden and house including the important role that Lutyens played in Dixter’s history. A new film with a ‘Behind the Scenes’ tour of the Lutyens part of the house is being commissioned.

Great Dixter is open to the public from April to October Tuesday to Sunday from 11am for visits to the garden and 2pm for the house.