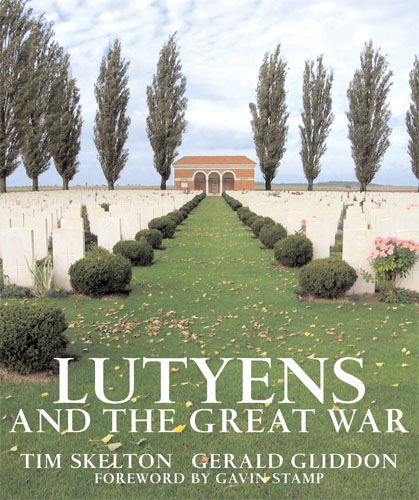 Lutyens and the Great War

by Tim Skelton and Gerald Gliddon

Lutyens and the Great War by Lutyens Trust members Tim Skelton and Gerald Gliddon is due to be published in November by Frances Lincoln. This book details the architect’s work covering over fifty war memorials at home and abroad, as well as the cemeteries and memorials on the Western Front. Apart from major memorials such as the Cenotaph and Thiepval, this aspect of Lutyens’s work has not before been covered in depth. This book considers not only the memorials but the stories behind them. It is copiously illustrated with over three hundred colour photographs, and
includes a full gazetteer with description and location information for each memorial. 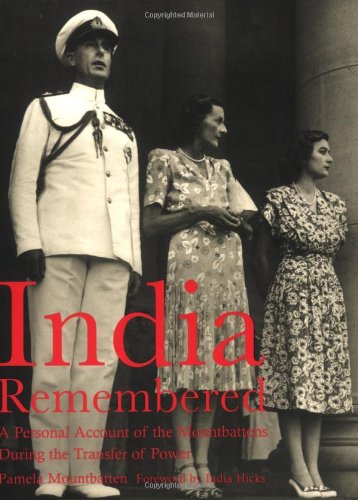 By Pamela Mountbatten, with foreword by India Hicks (Pavilion, £14.99)

Many members of the Trust will remember the entertaining talk given at India House in London a few years ago by Pamela Mountbatten (or Lady Pamela Hicks, as she became after her marriage to the late David Hicks in 1960) about life at Viceroy’s House in New Delhi. Her memoir of the hectic lives of her parents – Earl Mountbatten of Burma, the last Viceroy of India, and his wife Edwina Ashley – during the transfer of power in India in 1947, first published in hardback last year, is now available in paperback, with a foreword by her younger daughter, India Hicks.

Hectic is not too strong a word to use, given that the book covers the 15 months from the Mountbattens’ departure from London on 20 March 1947 to take up residence in Viceroy’s House to their return to London on 21 June 1948, the day after their last State Banquet. In that time, they had experienced the riots throughout India and Pakistan in August and September 1947, followed by the first Kashmir war, the assassination of Mahatma Gandhi on 30 January 1948 and his funeral and spectacular cremation the following day.

Those 15 months also made an impression on their daughter, Lady Pamela, not least because Viceroy’s House was “a complete headache to live in,” taking ten minutes to walk from her bedroom to the dining room – “by bicycle was often quicker” – and well over two hours to make a walking tour of the whole house. A group photograph of the 555 servants it took to run Viceroy’s House and its magnificent Mughal gardens is included in her book. Lutyens had been commissioned in 1913 to design Government House (as Viceroy’s House was also called), and its construction was completed in 1929. It was renamed the President’s Palace, or Rashtrapati Bhavan, when India became a republic on 26 January 1950.

Lady Pamela was not quite 18 when she wrote in her diary on 27 March 1947: “Although the house is so immense, the accommodation is completely inadequate as the entire plan seems to make no sense whatever but just consists of vast corridors leading nowhere.” Had Ned been alive to read that, I’m sure he would only have said: “What a pity!”