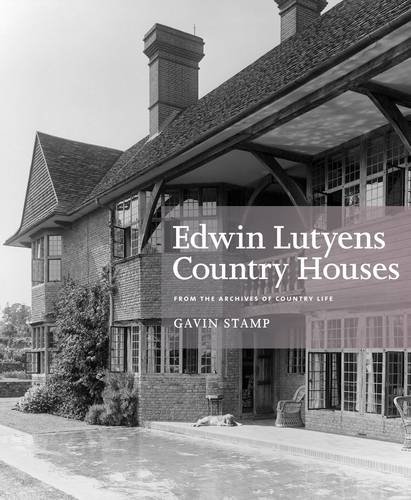 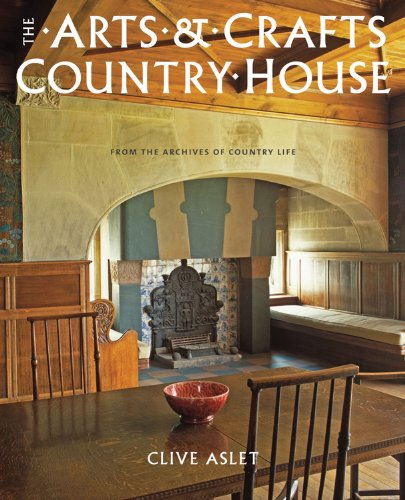 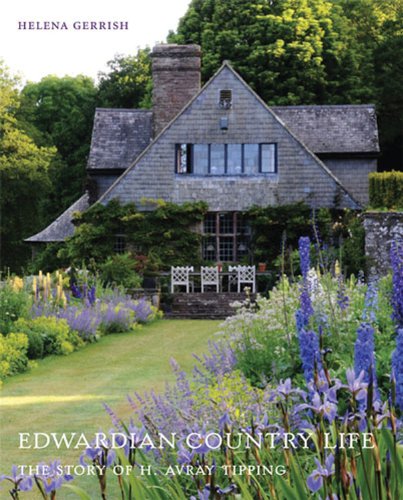 Originally this publication commemorated the 50th anniversary of the publication of Christopher Hussey’s Life of Edwin Lutyens and A.S.G Butler’s Memorial Volumes published by Country Life in 1951. Lutyens’s patroness, Gertrude Jekyll who wrote a gardening column for Country Life introduced him to Edward Hudson, the proprietor, in 1899 and he became a committed supporter of the young architect.

Apart from the offices of Country Life he commissioned three country houses of very different character, Deanery Garden, the restoration of Lindisfarne Castle and Plumpton Place. This book is a triple celebration of Country Life, the spectacular work of the best architectural photographers now preserved in the Country Life archive and the country houses of Lutyens. The serious discussion of his latest work in this popular journal showed the affluent entrepreneurial classes a standard of housing to which they could aspire and Gavin Stamp points out that the only aristocratic patron he had was the Earl of Jersey for whom he built Middleton Park at the end of his career. Lutyens’s life and the development of his architecture are very elegantly described in an introductory essay into which he weaves much information about patterns of patronage, contemporary architectural writers, and he gives the names of the photographers, generally the unknown heroes. Stamp’s selection of houses is interesting; he has omitted the obvious, for instance Munstead Wood and Orchards, but included less familiar buildings such as Abbey House (1913) in Barrow-in-Furness, built as a home for the Director of Vickers in Barrow and as grand
entertainment accommodation. Fewer houses were built after World War I, but the skilful additions to Penheale Manor in Cornwall, blending old and new are beautifully shown in the photos Stamp has selected. The survey ends with the grandest house of all, some might think not a house but a palace, the Viceroy’s House in New Delhi, but as Gavin Stamp points out all the skills in design, spatial articulation and use of fine materials came to glorious fruition in that great building. Members will find the history of the literature on Lutyens and Gavin Stamp’s
discussion of the rise and fall and rise again of Lutyens’s reputation very informative. This is a valuable addition for architectural libraries.

The timely publication of Clive Aslet’s study The Arts and Crafts Country House complements Gavin Stamp’s assessment of Lutyens’ country houses. Clive Aslet was editor of Country Life for thirteen years and is steeped in the traditions of the magazine. He is following in the footsteps of Lawrence Weaver who published Small Country Houses of Today in 1910 where two of the houses he includes, Bailiffscourt (Sussex) and Bishopsbarns (York) first appeared. In this book he is taking up the baton to show the development of the Arts and Crafts house in the last hundred years.

Recently members of the Lutyens Trust have visited country houses in the Cotswolds, Eyford House, Wells Folly, Hilles House, Pinbury Park and Rodmarton Manor, and this book enables us to consider Lutyens in the context of his professional colleagues. In his introduction Clive Aslet traces the Arts and Crafts Movement from its beginnings in the work and ideas of Augustus Welby Northmore Pugin and John Ruskin and their enthusiastic adoption by William Morris and Phillip Webb. The great flowering of the Arts and Crafts Movement is well covered with a discussion of the work of Lutyens, Ernest Gimson, the Barnsley brothers, Detmar Blow and Guy Dawber. The Arts and Crafts Movement was a life style not just an architectural form and greatly promoted in the pages of Country Life from which he quarries fascinating information. Clive Aslet considers houses individually and he draws upon nearly fifty articles published by the magazine on the most significant examples to take the reader through the 20th century. The demands of the clients and the architectural ambitions of the architects are discussed. The magnificent photographs from the Country Life Archive are the stars of the show, generally taken soon after the completion of the houses; they show the architects’ intentions clearly. Lutyens is well covered with ten houses, but his friends and
colleagues Guy Dawber and Detmar Blow are represented. The work of Robert Lorimer in Scotland is included with two very different houses; the magnificent Ardkinglas (1905) on Loch Fyne for the armaments manufacturer Sir Andrew Noble Bt. which contrasts with the more restrained remodelling of Hill of Tarvit (1906-7) in Fife for the Dundee jute spinner, Frederick Sharp. Possibly the house which embodies most fully the principles of the movement is Rodmarton Manor in Gloucestershire built for the Hon. Claud Biddulph by Ernest Barnsley. Begun in 1909, building was interrupted by the war and not finished until 1928. The Biddulphs were totally committed to the ideal of the local community involved in crafts; all the building materials were sourced locally and the house furnished with the finest Arts and Crafts furniture which is still in situ, it is a time capsule. Oliver Hill’s career had hardly begun before the First World War; in the 1920s and 1930s he changed direction with Marylands in Ewhurst and the modernist replacement of Joldwynds near Holmbury St. Mary, but finally returned to his Arts and Crafts heritage at Daneway Manor near Sapperton, the stamping ground of the Barnsleys. We are brought bang up to date with Charles Morris’s Orchard Room designed for the Prince of Wales at Highgrove. This is a most informative and useful survey of the Arts and Crafts house and of particular value to members of the Lutyens Trust.

Here we have a biography of that elusive figure, Henry Avray Tipping (1855-1933) known to us in The Lutyens Trust principally as Country Life’s writer for 40 years on all the significant country houses in Britain, as well as author of admired works on English architecture, furniture and gardens.

Inspired by the purchase in 2002, and restoration of Tipping’s third house in Monmouthshire, High Glanau, Helena Gerrish has delved deeply into his early life and work and the creation of his three renowned homes. First the restoration of Mathern – former palace of the Bishops of Llandaff, then the building of Mounton – one of the last great country houses in Wales, and finally his Arts and Crafts domestic dream of High Glanau; as well as other properties on which he advised including both Chequers and Dartington.

Tipping had remained an elusive figure, dying a wealthy bachelor; his sole beneficiary burnt all his papers and sold his possessions. However Helena’s diligent research has uncovered one small (2”x 2 1/2”) diary for 1908 revealing his life in one year; arduous journeys to London by carriage and then train for work on Country Life, he and Lutyens regularly lunching or dining with Hudson at Queen Anne’s Gate, or “March 26th Very wet had to go to Orchards in horrid weather Tea & warmth at Miss Jekyll’s”. This chapter on “Tipping and Colleagues at Country Life” is of especial interest to us as it reveals his huge knowledge but also his generosity – his amicable working relationship with Miss Gertrude Jekyll who was contributor of the ‘Gardening Notes’ of the time, his encouragement and mentoring of others to succeed him, for instance Lawrence Weaver and Christopher Hussey, and the demanding working life within the paper.

Another treasure Helena has discovered is a sketch book of Tipping’s close friend and colleague in Country Life, George Herbert Kitchen whose intimate sketches record not only Tipping’s 3 homes and gardens but joint visits too, even to Lindisfarne with Hudson seen seated at his desk. They, together with glorious photographs mainly from Country Life’s archives illustrate the book throughout. It is rare to find a cerebral biography written with such personal warmth to be read with pure pleasure. Helena Gerrish, arising I am sure from her own pleasure in uncovering with her husband the charm of High Glanau and restoring it and the ravishing garden from desolation to its present delight, has revealed to us H. Avray Tipping as an academic, a collector, a writer of distinction, but also a consummate gardener, plant lover and designer. He was close friends to all the gardening gurus of those days, Harold Peto, William Robinson and Gertrude Jekyll and generous benefactor and philanthropist to many.

The front cover is a delight in itself. It shows the south front of High Glanau now. However the Gerrishes inherited there a blue concrete swimming pool. Removed in 2008 we have the magical borders redesigned by Helena from Tipping’s own photographs and perhaps he was inspired by Miss Gertrude Jekyll’s June borders. This is just a small instance of Helena’s detailed research and hard work that reveals to us this charming man, Henry Avray Tipping, a book of sheer delight.

Metal Theft and the Conservation of Historic Buildings and Monuments