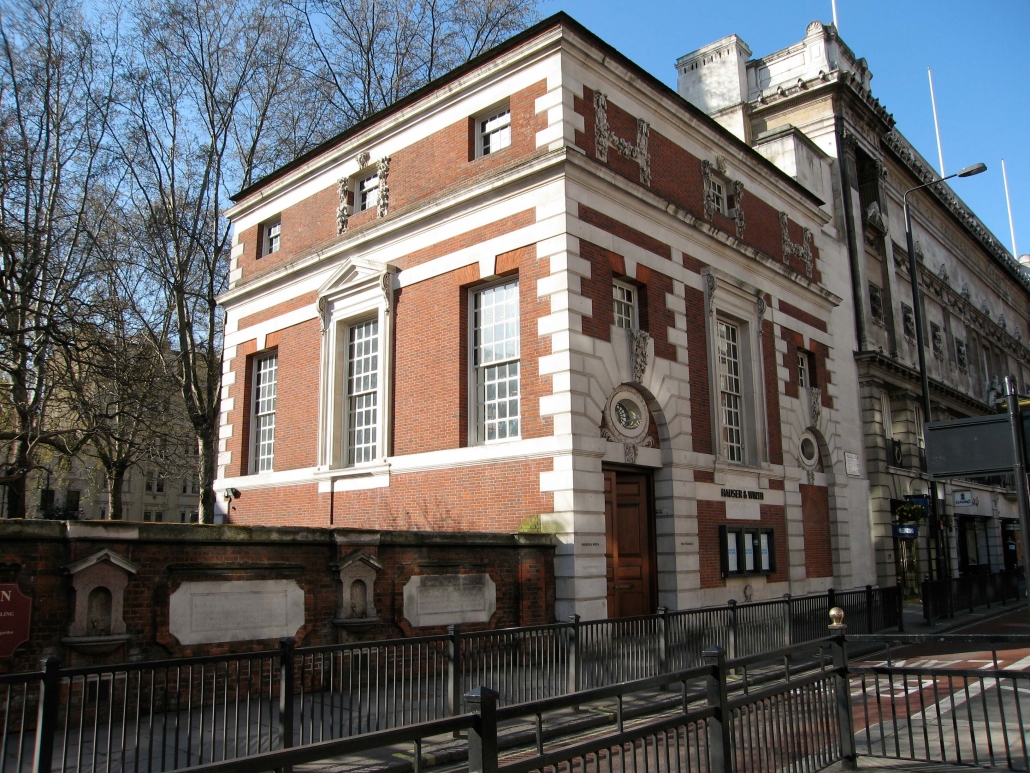 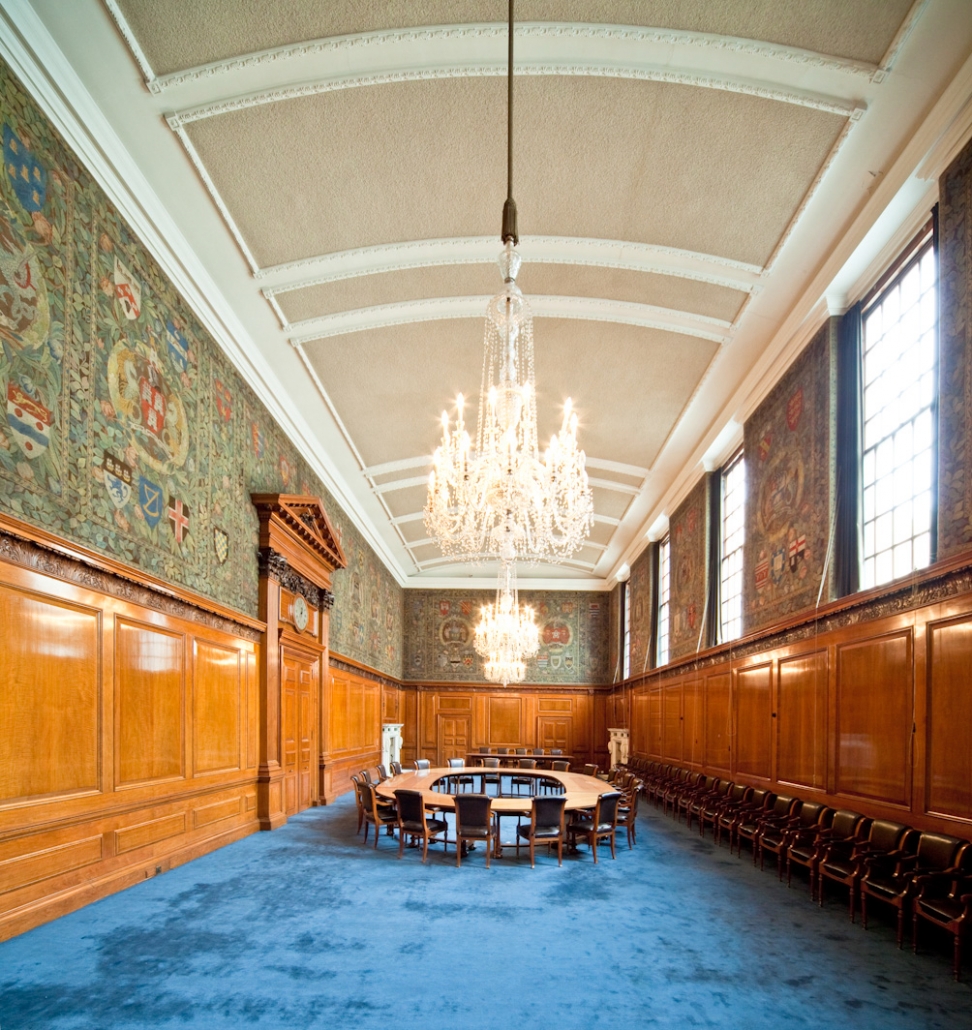 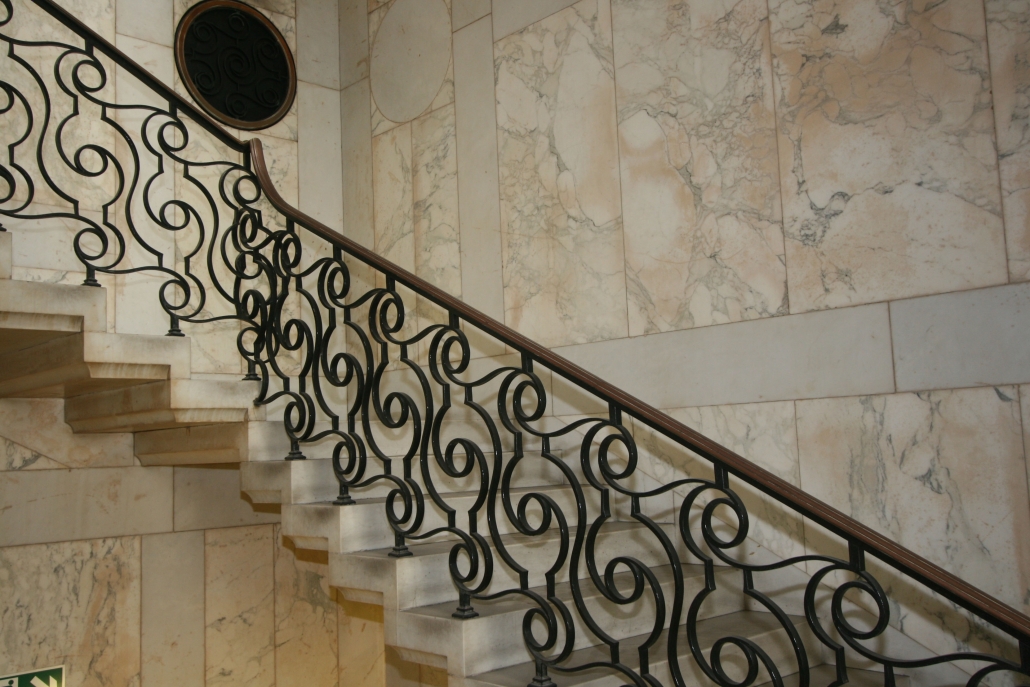 At this event, organised jointly by The Trust and The Young Georgian Group, Dr Miller gave an updated version of the lecture he gave at the RIBA in 2013 — as Master of the Worshipful Company of Chartered Architects — on Edwin Lutyens in the context of London and what he had seen, liked and built there. Aptly, the lecture took place in the beautifully wood-panelled old bank manager’s office in the Lutyens-designed former Midland Bank at 196A Piccadilly, now occupied by bookshop and bar Maison Assouline.

The talk served as a reminder that, while Lutyens’s early houses in Surrey were influenced by his sketches of local vernacular buildings, he was a Londoner. He was brought up in Onslow Square, educated at South Kensington School of Art and, as a student, explored the City of London and its environs. He had been captivated by the Priory Church of St Bartholomew the Great in Smithfield as well as by George Dance The Younger’s Newgate Prison. Dr Miller showed us that the latter’s pavilions reappeared in Lutyens’s designs for Johannesburg Art Gallery. He was also an admirer of Sir Christopher Wren whose City churches undoubtedly fomented his later interest in Classical architecture. For example, the upper facade of St Paul’s Cathedral inspired Lutyens’s design for the 1911 British Pavilion in Rome, later transformed to become the British School at Rome. Dr Miller showed how Wren’s St Stephen Walbrook influenced the State Library in The Viceroy’s House in New Delhi. Later in life, Lutyens became Master of the Art Workers’ Guild in Bloomsbury and, from 1938 until his death, was President of the Royal Academy of Arts in Piccadilly.

Dr Miller gave a detailed description of Lutyens’s London work and how it has subsequently been adapted to meet changing needs, in particular the former Midland Bank HQ at 27 Poultry that, since 2017, has been occupied by The Ned. While Lutyens is best remembered for his country houses, The Cenotaph and New Delhi, he designed major buildings in the City of London: the Mercantile Marine First World War Memorial, Britannic House (now Lutyens House), Midland Bank on Leadenhall Street and the former Reuters building. All were built in the interwar period and reflected the changing nature of architectural patronage. Private house commissions had diminished due to higher personal taxation, death duties and the growing difficulties in recruiting domestic staff. Instead corporate and official bodies were now commissioning new buildings on a much greater scale. Lutyens’s ability to cultivate this new group of clients was undoubtedly facilitated both by his domestic architecture, for example, for Reginald McKenna, who commissioned him to work for the Midland Bank, and by his ability to design buildings in a Classical style. While several Lutyens pre-war buildings, for example Heathcote and designs for what became New Delhi foreshadowed this style, it was only after the First World War that the
Classical idiom dominated his commercial and domestic work.

Outside the City, he designed the Central Square, the Institute and two churches at Hampstead Garden Suburb; 120 Pall Mall, and the elevations of 67-68 Pall Mall. Dr Miller also showed how Lutyens had not only picked up details from Wren and possibly Robert Hooke’s 1683 St Benet’s Paul Wharf church in the City but also how his Midland Bank on Piccadilly bears a striking resemblance to Sanmicheli’s Porta San Zeno at Verona.

Tour of the Palace of Westminster
Scroll to top
This website uses cookies to improve your experience. We'll assume you're ok with this, but you can opt-out if you wish.Accept Read More